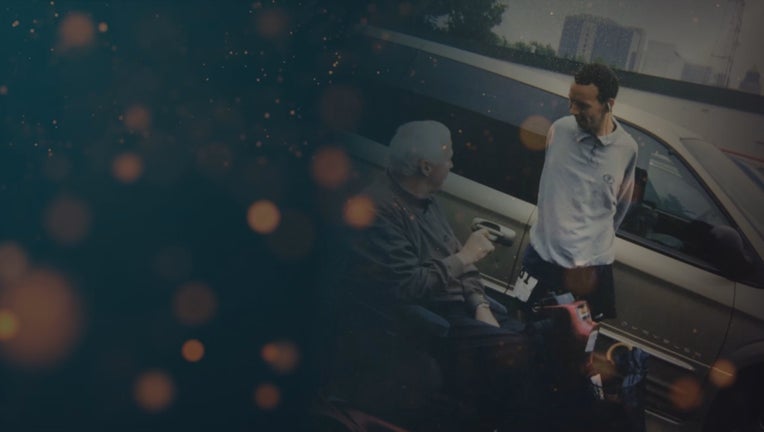 (FOX 9) - Known as the "Marathon Man," James Chalmers decided it was time to create one of his own.

A stretch of 26.2 miles in his hometown of Red Wing, Minnesota takes him past the hospital where he was born and past the homes where his family has lived.

This time it was personal, dedicated to his dad who passed away in April.

Special Olympics' Marathon Man honored his late father with his own marathon in Red Wing.

“Something inspired me to run in honor of my dad, and he wasn't much of a runner in his life, but he did a lot in his life to inspire, educate, motivate people because he was a teacher and a coach," said Chalmers.

Amid the pandemic and the grief, Chalmers went to a place of comfort - and decided to run. He'd already run seven marathons, and as an athlete, coach and ambassador for Special Olympics, he's an inspiration to those he coaches who are feeling some isolation right now as well.

Dorn said there’s a void right now due to the pandemic, as the community can’t get together for large events.

“I told my football team yesterday, we all go through struggles and stuff right now. Instead of being down, turn it into something positive, make it something good,” Chalmers said.

And while grieving his father hasn't been easy, Chalmers has turned his grief into something good.

Special Olympics has been hosting virtual events throughout the pandemic and just started hosting some in-person events as well. Organizers know their job is so important now more than ever to improve the lives of their athletes.

You can support them by joining a free virtual event Thursday, Oct. 22 at 7 p.m. with FOX 9’s Ian Leonard hosting.

For more information, go to somn.org/championstogether.