A Golden Valley man has been charged in the shooting of a good Samaritan who was trying to stop him from fleeing the scene of a car crash in November 2021.

MINNEAPOLIS (FOX 9) - A Golden Valley man was formally sentenced Tuesday in a deadly shooting that claimed the life of a Good Samaritan who was trying to help after a crash in Minneapolis.

The man was killed while trying to stop Robert Hall from fleeing the scene of a car crash last year in Minneapolis. Under a plea deal. Hall will spend 25 years in prison.

Robert Hall accepted the consequences Tuesday for his action on that November morning last year. The whole chain of events unfolded in seconds ending with one young life lost and so many others still reeling.

"I just want to say that I’m sorry for what happened that day," said Hall. "And that was not my intention. I mean, that’s not me. You know what I am saying?"

In an unusual virtual sentencing hearing, Robert Hall apologized for his actions from the state prison in Saint Cloud where, in essence, he had already begun serving his 25-year prison sentence.

A bystander who was shot and killed trying to chase down a man who ran from the scene of a crash is being remembered as a hero who was trying to do the right thing.

He was sent there soon after his guilty plea for felony murder and the attempted carjacking of a woman during a deadly and chaotic sequence of events along West Broadway in north Minneapolis last November.

"That’s why you are going to be in prison," said Judge Paul Scoggin. "I hope you reflect on that." 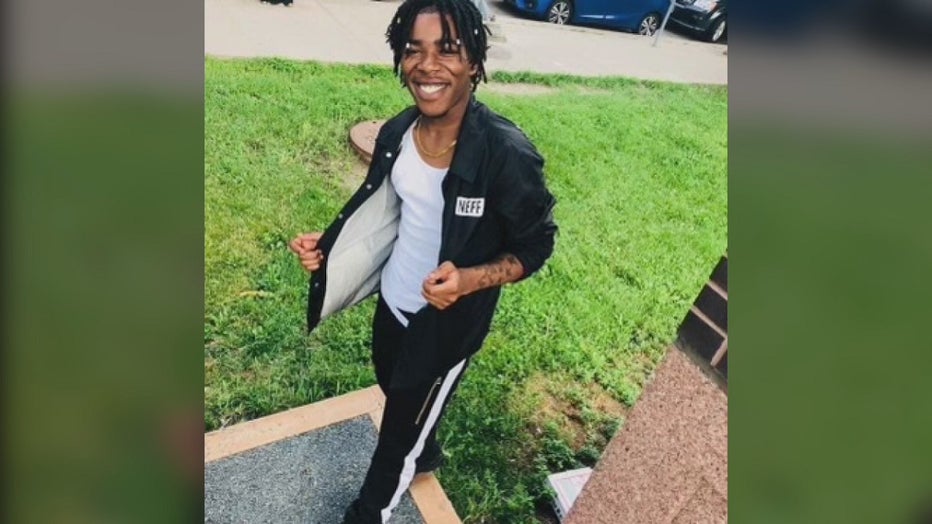 Hall was involved in a car crash that morning. He admits he shot and killed Good Samaritan Kavanian "Polo" Palmer who was part of a group attempting to hold Hall until police arrived. Hall claims he fired the shots to scare the group.