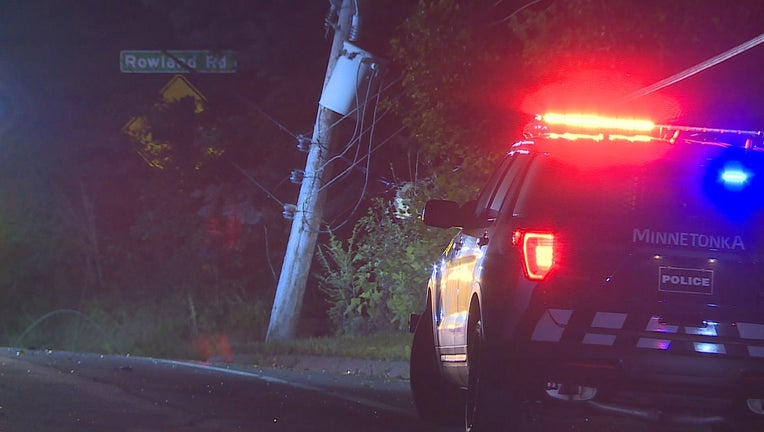 A man was killed in a crash overnight along Baker Road in Minnetonka. (FOX 9)

According to officers, Eden Prairie police responded to a 911 call of cars racing in the area of Flying Cloud Drive and Crosstown Circle around 1:40 a.m. When police pulled up, they say the drivers involved drove away and officers began to chase one of the vehicles.

Officers say they lost sight of the vehicle near the 494 overpass for a short time but found it a short time later crashed on the 5300 block of Baker Road, on the other side of the city border in Minnetonka.

Inside the vehicle, police say a man in the car had died. He was identified as a 19-year-old man from Maplewood. A 19-year-old woman inside was also injured and taken to the hospital. The extent of her injuries is unclear at this time.

Minnesota State Patrol and the Hennepin Sheriff's Office are assisting in the investigation.