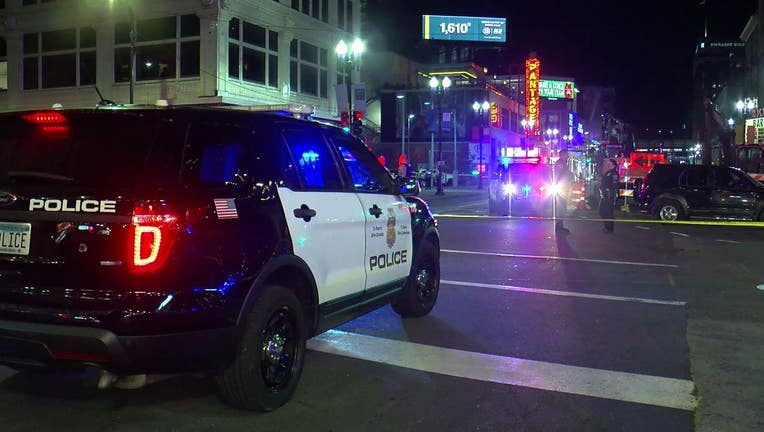 MINNEAPOLIS (FOX 9) - A man has been taken into custody following a deadly shooting in downtown Minneapolis late Saturday night.

Officers say the suspect, a 23-year-old man, was arrested Sunday morning, hours after the shooting near 8th Avenue South and Hennepin Avenue South.

A man has been taken into custody following a deadly shooting in downtown Minneapolis late Saturday night....

According to police, at about 10:21 p.m., officers were called to the area for a report of a shooting. When they arrived, officers found a man lying in the street.

The man was transported to the hospital where he died a short time later. Sunday night, the medical examiner identified the victim as 21-year-old Enzo Santiago Herrera Garcia of Apple Valley, Minnesota.

Officials said they believe the incident began with a physical altercation between the victim and suspect. The suspect shot the victim and then fled the scene in a car.

Pam McCrey is the vice chair of the Downtown Minneapolis Neighborhood Association. While she doesn’t speak for the whole group, she says there’s a growing concern over crime in downtown Minneapolis and the impact it’s having on businesses.

"We do not want to lose our businesses and I think that’s got to be number one," said McCrey. "The level of crime is unacceptable. Just unacceptable."

Joseph Tamburino, the chair of the Downtown Neighborhood Association, says the more violence people hear about downtown, the more likely they’ll be to take their money somewhere else.

"Do I really want to go to a show that’s going to get out at 10, 11 o'clock at night and have to deal with the problems on the street," he argued.

Earlier this month, FOX 9 learned there was a 53 percent increase in the number of robberies downtown, happening mostly in an area about five blocks away from where Saturday’s homicide happened. It's leading some, like Tamburino, to demand that the city council approve adding officers to the police force.

"The police need to be here and our city council needs to get behind it," he said.

While McCrey agrees police could help, she says there are bigger underlying problems that need community solutions for there to be actual change.

"I would like to see the community come together to provide all kinds of options other than arrest, convict, and back out on the street," she said.

In his budget proposal, Minneapolis Mayor Jacob Frey is asking for money to hire an additional 14 officers. That proposal would need to be passed by the city council. Public comment for the proposed budget is scheduled for November 7.

About an hour after the shooting, a man was fatally shot in St. Paul. There are no suspects in custody.