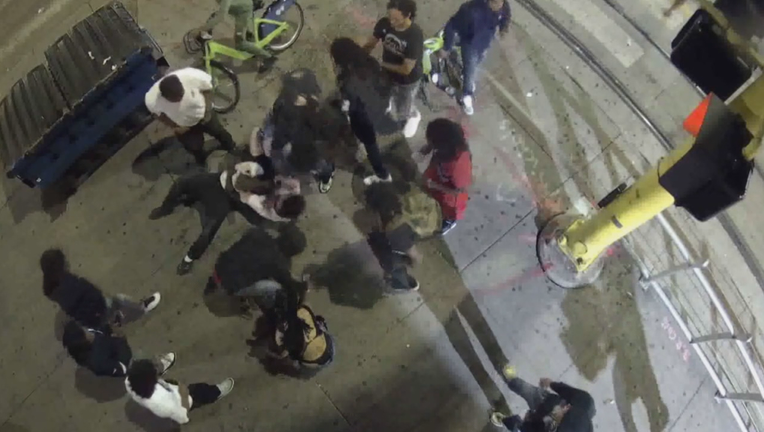 A surveillance video captures an assault in downtown Minneapolis.

MINNEAPOLIS (FOX 9) - The rise in robberies in downtown Minneapolis is greater than first reported, according to an update from Minneapolis police following a FOX 9 report.

FOX 9 obtained surveillance videos showing innocent people being beaten, kicked and robbed. Police believe the robbers were targeting people for their cell phones, which they would later trade in for cash.

An uptick in violent robberies has the MPD concerned.

Footage of the assaults did not surprise at least one downtown business owner.

He is calling on City Council to increase the number of officers, a change which Police Chief Medaria Arradondo has been vocal about. Councilmember Steve Fletcher of Ward 3, which includes downtown, however, says the focus shouldn’t be about hiring new officers, but fixing the contract the city has with the police federation that allows for understaffing.

“There are eight outreach officers assigned to the fourth precinct,” said Fletcher. “We only have three right now because of retirements and transfers and whatever, and we’re being told they can’t be filled until March. So, they’re projecting forward to that training class. So, that’s something we’ve budgeted for that we’ve authorized that’s not getting filled because of the way the recruiting pipeline is working.”

He says staffing was down in the first precinct for the same reason. When it comes time to vote for the 14 new officers Mayor Jacob Frey has proposed, he says he’s skeptical.

“I think that we probably do need to make some investments in order to solve that staffing curve, and I’m really looking forward to working with the mayor on improving the proposal,” said Fletcher.

A spokesperson for the Police Federation said, “Steve Fletcher’s claims are blatantly false and anyone with even a minor understanding of our labor agreement can articulate why.”

Ettinger is trying to organize crime victims and business owners to rally, protest or possibly sue if necessary to get more police on the force.

FOX 9 also reached out to councilmembers Jeremiah Ellison of Ward 5 and Phillipe Cunnginham of Ward 4. Neither responded with comment.