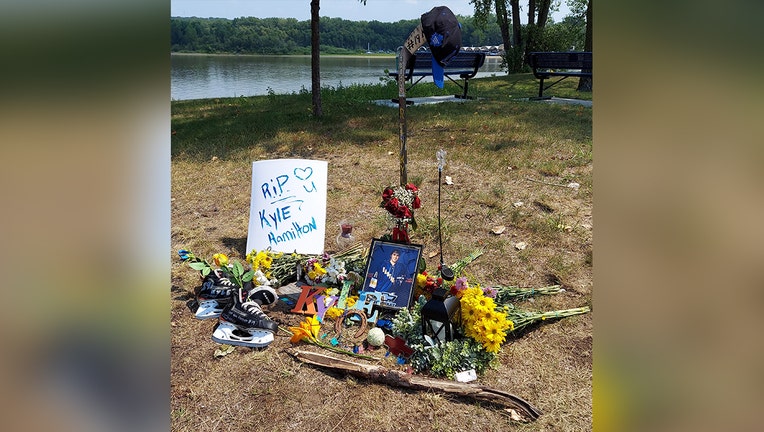 A memorial for Kyle Hamilton has appeared in Jaycee Park, where his body was discovered during a fire last weekend.  (FOX 9)

HASTINGS, Minn. (FOX 9) - A suspect has been charged with in connection with the death of a man who’s body was found burned near the public boat launch in Hastings over the summer.

Timothy Otto, 33, of Hastings has been charged with arson and second-degree interference with a dead body in connection with the death of Kyle Hamilton, 30, of Hastings on or around July 9, the Dakota County Attorney’s Office announced Friday.

Police: Cause, manner of Hastings man's death still under investigation

The Hastings Police Department confirmed police activity in the alley behind the Hastings post office on the 300 block of 2nd Street East on Thursday night was related to the investigation. However, few details about the case have been released and the building's owner and tenants did not divulge any details when asked on Friday.

Hamilton’s body was found on July 10 after emergency crews responded to a fire near the public boat launch in Jaycee Park in Hastings. According to the criminal complaint, Otto said he used drugs with Hamilton and Hamilton overdosed.

A woman who talked with Otto told police he moved Hamilton’s body to the park and set the fire.