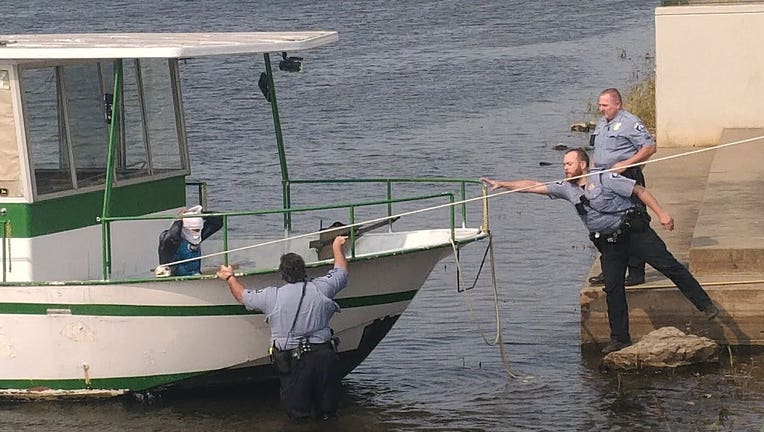 MINNEAPOLIS (FOX 9) - A masked man was arrested Sunday after police say he cut a line and stole a houseboat anchored off Nicollet Island in Minneapolis.

Officers responded at 10:25 a.m. for the report of a missing boat that had its anchoring lines cut.

Officers, along with Hennepin County Water Patrol, responded to the scene. Police spotted the boat drifting north in the river. Officers say the suspect was using a large board to push the boat through the waters. At the time of theft, police say the boat didn't have a motor.

When the boat got close to the shore, about 100 yards north of where it was stolen from, an officer jumped into the water and grabbed ahold of the rope, pulling it to shore.

Officers were able to secure the boat to a dock on the 100 block of Island Avenue West.

Police say the suspect refused to get off the vessel but eventually police were able to take him into custody shortly before noon.

He is being held in the Hennepin County Adult Detention Facility on probable cause theft.