ROSEVILLE, Minn. (FOX 9) - The Mall of America and Rosedale Center have closed Thursday afternoon as authorities warn demonstrations and unrest stemming from the death of George Floyd in Minneapolis may spread to the Twin Cities suburbs.

The Mall of America, which is in the process of preparing to reopen after COVID-19 closures, ordered all tenants and non-critical team members to leave by 2 p.m. on Thursday.

A mall spokesperson says they are monotiroing the situation and are unsure when staff members will be able to return.

The concerns follow violence that followed protests at the Minneapolis Police Department Third Precinct Wednesday night when some people began setting fires and looting businesses along nearly the entire length of Lake Street.

Looters moved into St. Paul Thursday afternoon, ransacking the Target store off University Avenue and other businesses in the area. Our crews saw state troopers lined up outside the building to keep the crowd from entering.

Some in the crowd responded by yelling, throwing water bottles and shopping carts towards police.

In a tweet, St. Paul police said they were working to disperse groups of people causing damage along University Avenue. They are asking residents to avoid the area.

In Maplewood, police are urging people to avoid retails spots in general due to concerns over "flash looting." 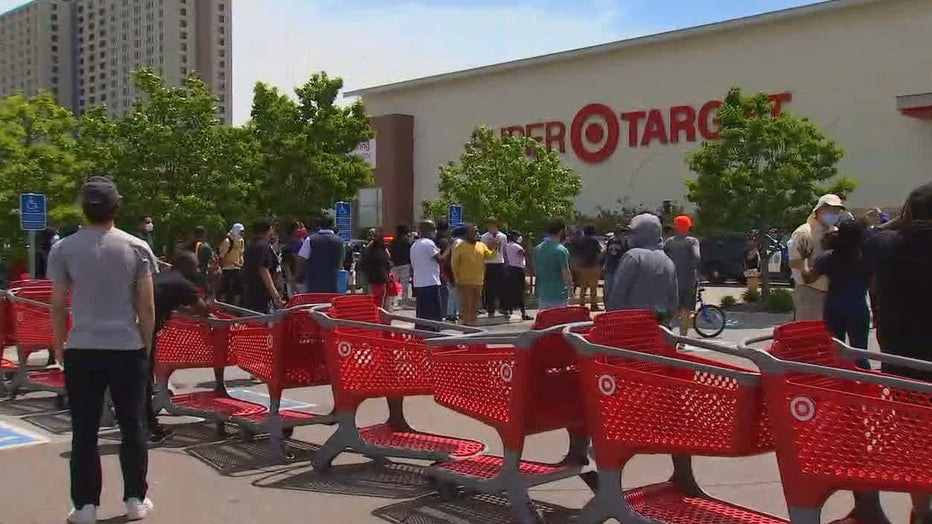 Metro Transit has suspended its bus and light rail service for the rest of the day in anticipation of more demonstrations.