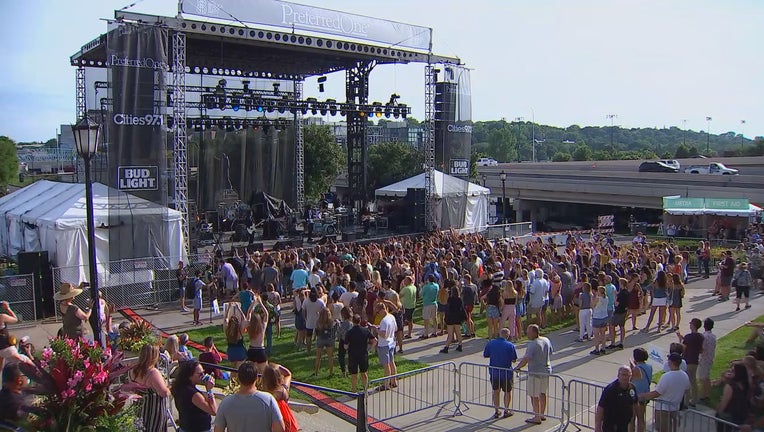 A crowd gathers at the stage for the Basilica Block Party. (FOX 9)

MINNEAPOLIS (FOX 9) - After cancelling last year’s event, the Basilica Block Party is back for 2021 as the Minneapolis music festival announced part of its lineup Thursday morning.

The event will run Sep. 10 and 11 at the Basilica of St. Mary in Minneapolis. Tickets will go on sale June 18 at 10 a.m. and the full lineup will be released a day earlier.

Here are the acts expected to perform in the block party’s return: