MINNEAPOLIS (FOX 9) - The Minnesota State Patrol confirmed Wednesday it has submitted its investigation of the deadly Minneapolis police squad car crash in July that killed 40-year-old Leneal Frazier to the Hennepin County Attorney’s Office for review.

Officer Brian Cummings was in pursuit of an armed robbery suspect when he struck Frazier’s jeep at the intersection of North Lyndale Avenue and North 41st Avenue shortly after midnight on July 6. Frazier was taken to the hospital, where he died a short time later.

Surveillance video obtained by FOX 9 from a nearby gas station shows the moment a Minneapolis police squad car pursuing an armed robbery suspect struck an uninvolved vehicle, killing the driver.

Surveillance video showed the apparent suspect vehicle go through the intersection of North 41st and Lyndale Avenue at a high rate of speed. Cummings’ squad car, which appeared to have its flashing lights on, comes through the intersection a few seconds later, colliding with an uninvolved vehicle that was headed west on North 41st. The impact sent the vehicle careening onto the sidewalk, where it crashed into a bus shelter. 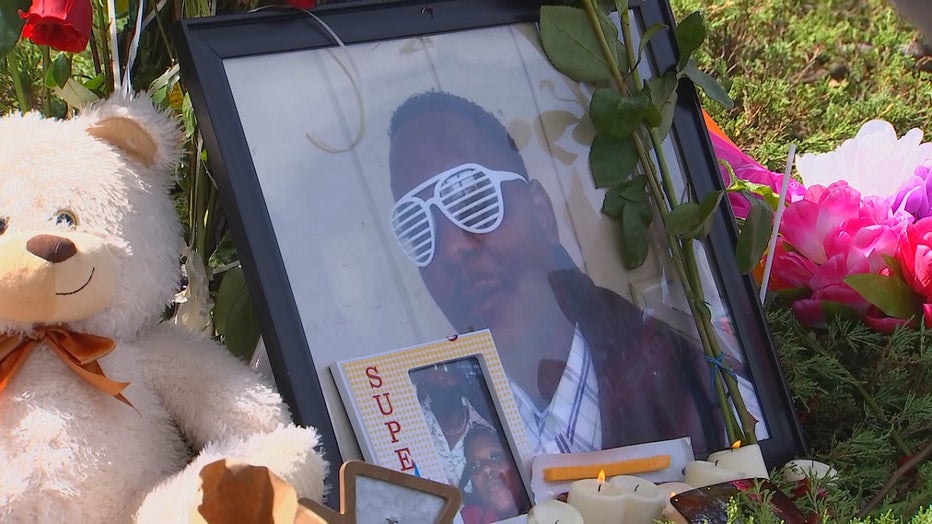 A memorial has been set up at Lyndale Avenue North to honor Leneal Frazier. (FOX 9)

Frazier was the uncle of Darnella Frazier, the teenager who filmed the video of George Floyd’s murder.

Frazier’s family and local activists have demanded charges in the case.