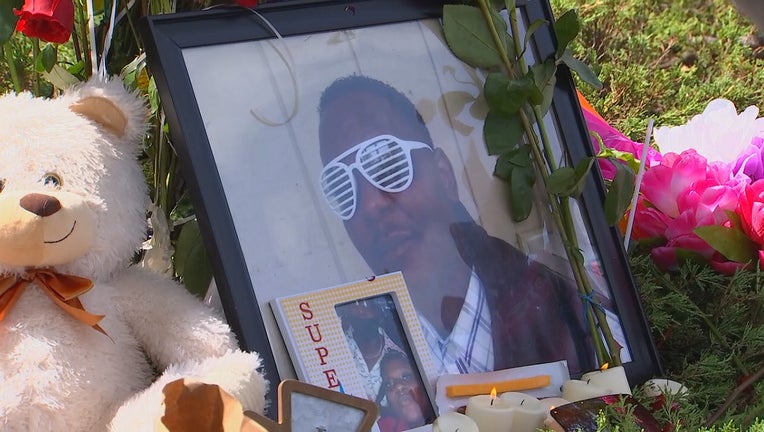 A memorial has been set up at Lyndale Avenue North to honor Leneal Frazier. (FOX 9)

MINNEAPOLIS (FOX 9) - A family is continuing their push for justice after the death of Leneal Frazier, the innocent bystander killed by a passing Minneapolis police squad involved in a chase this week.

Frazier was pulling onto Lyndale Avenue North from North 41st Avenue early Tuesday morning when the squad chasing an armed robbery suspect slammed into the side of his vehicle. Frazier was rushed to the hospital where he later died.

A family is continuing their push for justice after the death of Leneal Frazier, the innocent bystander killed by a passing Minneapolis police squad involved in a chase this week.

Frazier says watching the surveillance video of the horrific crash that killed her father earlier this week only reinforced her belief the police were reckless chasing a fleeing armed robbery, and potential carjacking suspect in the early morning hours.

"It answered a lot for me," she said. "My dad coming this way and the car just smashed him and boom, it was over with."

Mayor Jacob Frey also weighed in, writing the city would again review its police pursuit policy, which was just updated a couple of years ago to make it more restrictive as to when, who, and how officers attempt to apprehend fleeing suspects on the streets of Minneapolis.

"I’m happy something is being dealt with," said Frazier. "I don’t understand how he didn’t see my father. And my father was an innocent bystander."

Leneal Frazier's heartbroken family gathered at the crash scene Wednesday night for a vigil. As they mourn his death, they're also questioning the police officer's decision to pursue the robbery suspect.