Frederick McKinley Jones was one of the most prolific African American inventors in our nation's history, and he called Minnesota home. His most famous invention helped create several new industries from frozen foods to supermarkets to fast food restaurants. FOX 9’s Maury Glover looks at the life and legacy of the King of Cool.

BLOOMINGTON, Minn. (FOX 9) - When you go to the supermarket, your pick of fresh fruits and vegetables is at your fingertips year-round. But did you know an African American inventor from Minnesota is responsible for creating the technology that makes that possible?

"Flowers in the middle of winter. Pineapple. Coconuts. It was unheard of until Fred came up with an idea," said Rick Smith.

Smith is the company historian for Thermo King, which pioneered the refrigerated transport industry more than 80 years ago. The Bloomington, Minnesota-based company all started with Fred Jones and Joe Numero.

"Fred came up with the first mechanical refrigeration unit which would go on the nose of a trailer," Smith said.

He says it was an invention by employee Frederick McKinley Jones that put the company on the map.

"In the big scheme of things this gentleman did a lot that impacts people every day, and you don't even know it," Smith said. 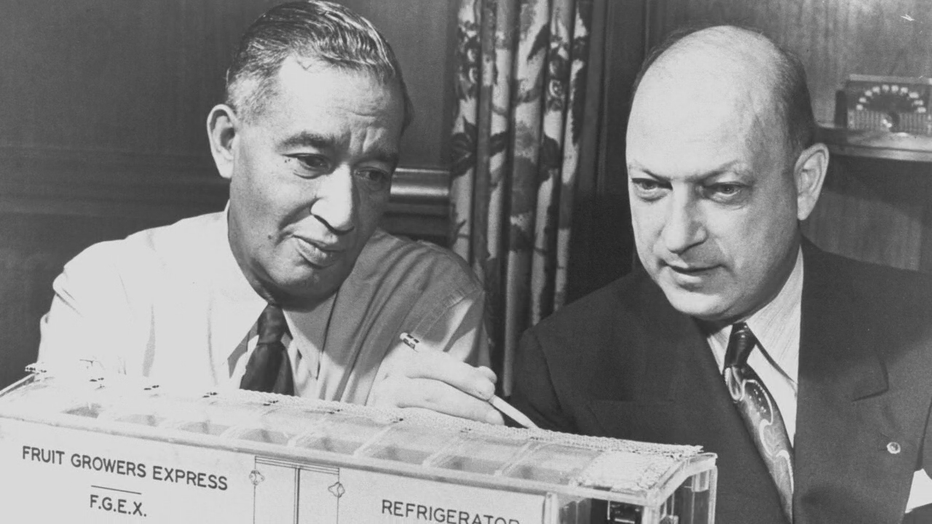 Jones was born in Cincinnati, Ohio, but as a young man, he ended up in Hallock, Minnesota maintaining the equipment on a farm owned by the son of empire builder James J. Hill.

Smith says Jones was a mechanical genius, who built an early version of the snowmobile with a car engine and an airplane propeller on the back.

He also raced cars, but he often came across bigoted drivers who didn't want to compete against him because of the color of his skin.

"He was good at what he did. He knew how to build a car. He knew how to race a car. Did the mechanics on it and everything, which was again, was unheard of at that time," Smith said. "Fred did it all."

After serving in World War I, Jones taught himself electronics and created a device to combine sound with motion pictures for the small theater in town.

That caught the attention of Minneapolis entrepreneur Joe Numero who offered Jones a job to improve the sound equipment made by his company without meeting him. But when Jones showed up at his office, at first, Numero thought it was a joke.

"He thought this Black man standing in the lobby can't possibly be the genius he heard about, so he started quizzing him," Smith said. "What do you know about microphones? What do you know about speakers? Fred told him everything he wanted to hear until Joe finally said whoa you're the real deal." 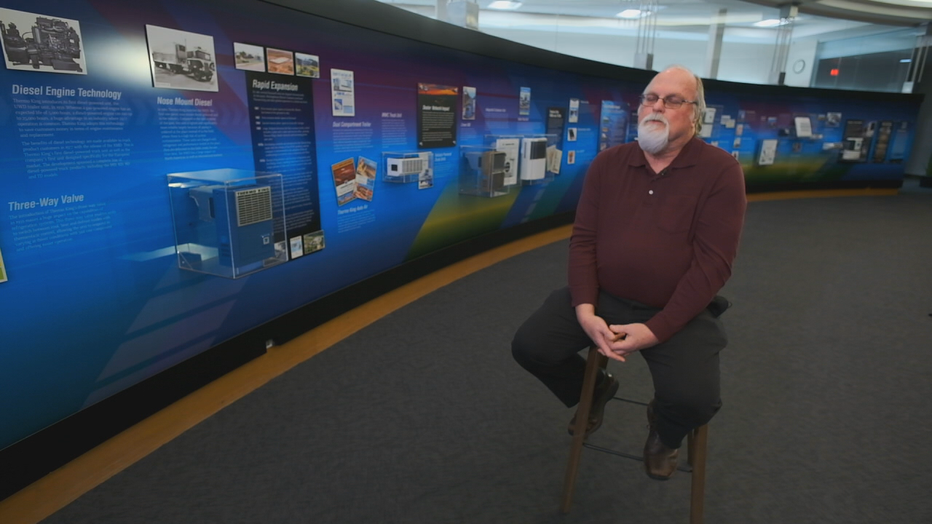 Years later, Numero was playing golf with a friend who owned a trucking business, and he told Numero he wished someone would come up with a refrigerated trailer.

Numero bet him five dollars that his resident genius, Jones, could figure it out.

"Numero came back to Fred McKinley Jones and said, ‘Can you create that type of unit?’ Within a couple of weeks, we had a prototype. Within a short time after that, we had a mechanical refrigeration unit," said Dwayne Cowan, the vice president of Commercial Americas at Thermo King. "So that's how this industry got started -- on a bet on a golf course."

The invention became the basis for Numero's new company, Thermo King in 1938. And Jones received a patent for it a couple of years later.

The portable air cooling unit allowed trucks to carry fresh food anywhere across the country without spoiling, ushering in the era of the supermarket.

During World War II, the military also used Jones' invention to transport and store blood, medicine, and food for troops on the front lines.

"I was eating nectarines the other day," Cowan said. "I was thinking how do you eat a nectarine in Minnesota when it’s 20 below? That invention he created in 1938 is the reason I had those nectarines yesterday." 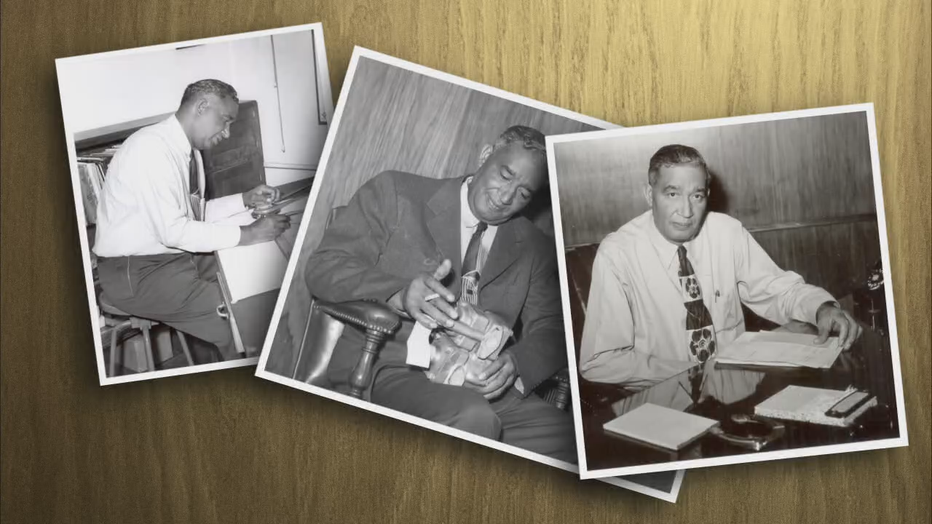 Frederick McKinley Jones was one of the most prolific African American inventors in our nation's history, and he called Minnesota home. His most famous invention helped create several new industries from frozen foods to supermarkets to fast food rest

In all, Jones held more than 60 patents for everything from a portable X-ray machine to an automatic ticket dispenser before he died from lung cancer in 1961. 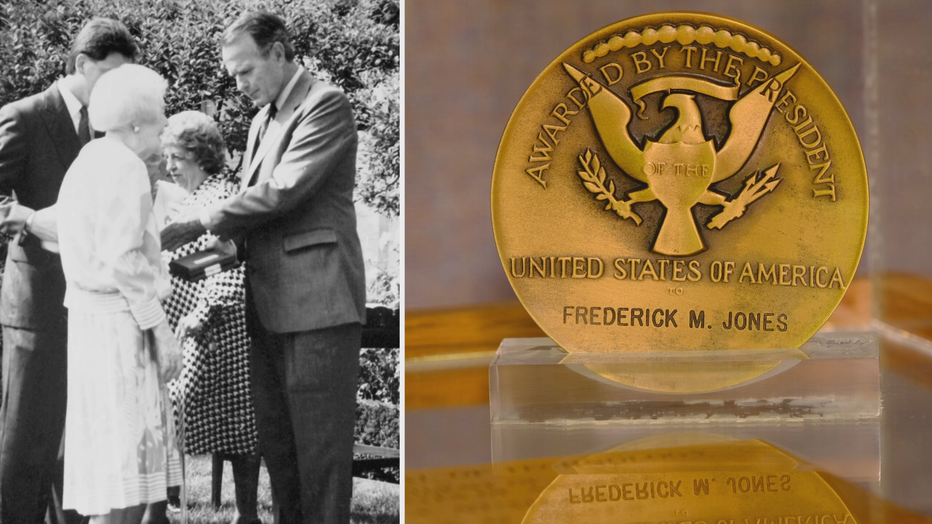 "Being an African American person, it fills me with joy and pride that he did such a great thing for our society," Cowan said.

A refurbished version of Jones' most prominent achievement is on display at Thermo King Headquarters, and later versions are still being used to transport life-saving vaccines during the pandemic today, further cementing Jones' legacy for future generations as the King of Cool.

"We talk about all the great things that are happening today, the Googles and the Microsofts. Well I say Fred Jones started something important back in 1938, and we are all benefiting from it today," Cowan said. 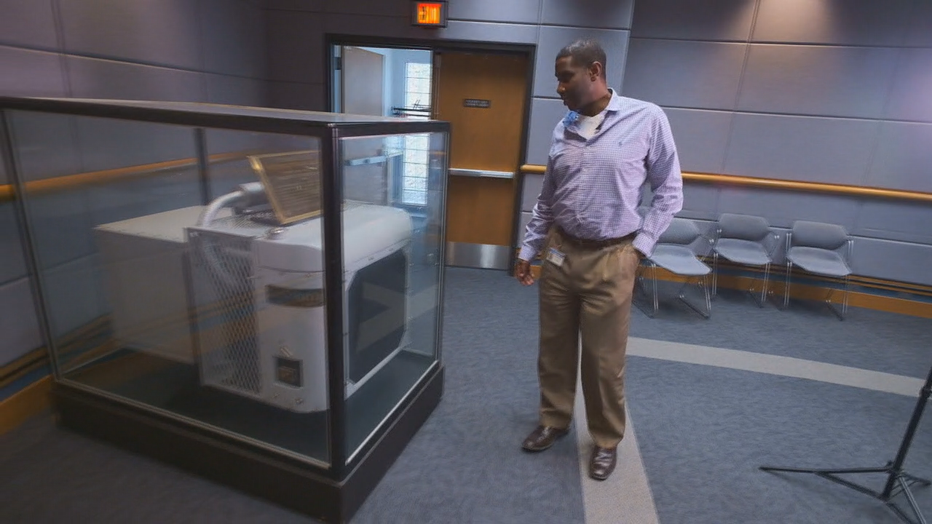 Dwayne Cowan, the vice president of Commercial Americas at Thermo King, looks at an early version of Jones' invention.