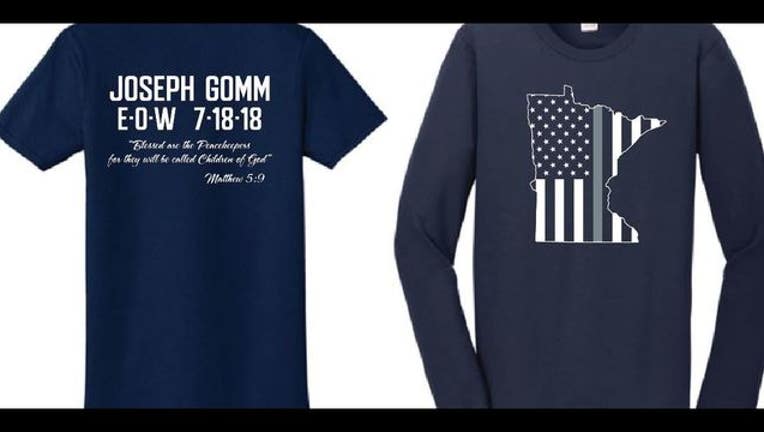 (KMSP) - The Minnesota Department of Corrections announced the community made shirts honoring fallen Corrections Officer Joseph Gomm, which the public can purchase to help support his family.

According to the department, $10 of each purchase goes directly toward Officer Gomm's family.

Officer Gomm was killed Wednesday when an inmate attacked him in the industry building at the Minnesota Correctional Facility-Stillwater.

The funeral service for Corrections Officer Joseph Gomm is scheduled for Thursday at 11 a.m. at an Arden Hills, Minnesota church.