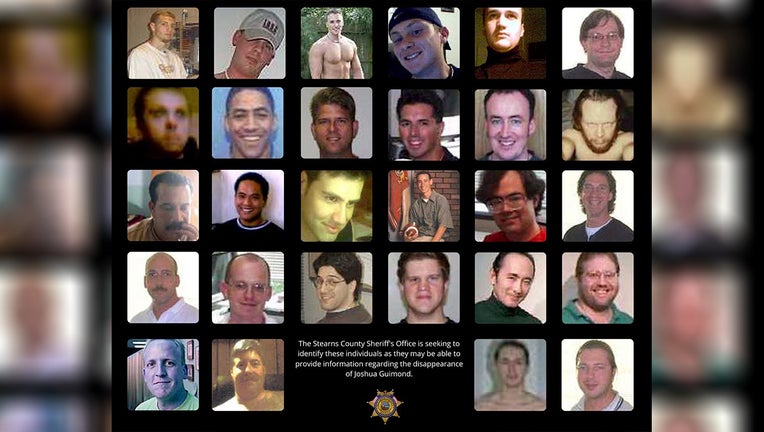 STEARNS COUNTY (FOX 9) - The Stearns County Sheriff’s Office is requesting the public’s help to identify people who may have information on a college student that went missing nearly 20 years ago.

Joshua Guimond, 20, was last seen on Nov. 9, 2002, while attending a party with friends at the Metten Court Dorms at St. Johns University. Guimond left the party around 11:45 p.m., and no one knows where he went.

Law enforcement says many people at the party didn’t realize he had left, and he hasn’t been seen since. Guimond is described as being six-foot-tall, weighing 176 pounds and having blonde hair.

Investigators found several images of unidentified people on Guimond’s computer who they believe could have information about his disappearance.

Anyone who recognizes these individuals or has information about Guimond’s disappearance is asked to call 320-259-3700 or submit a tip here.