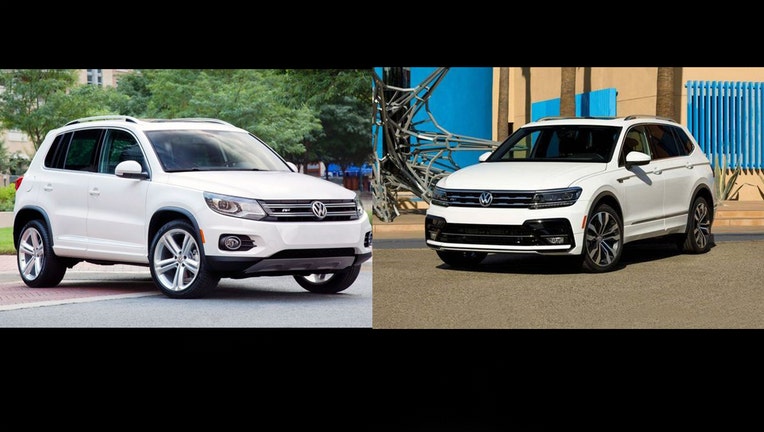 The type Volkswagen Tiguan that Lakeville police believe was involved in a hit-and-run with a bicyclist in Lakeville.

(FOX 9) - The Lakeville Police Department is asking the public’s help in locating the person responsible for leaving a bicyclist unconscious – the result of a hit-and-run accident.

According to police on May 15 at approximately 7:00 p.m. officers were dispatched to 11000 block of 172nd Street West on a report of an accident with injuries when they found a man unconscious that appeared to have been struck by a vehicle while riding his bicycle.

When police arrived on the scene, the 80-year-old man has regained consciousness, and was transported to the hospital with multiple injuries. Currently there are no known witnesses to the incident.

After analyzing the pieces, the investigators determined the pieces appear to be from the right side of a white/cream Volkswagon Tiguan 2016 or newer.

If you have any information, you are urged to email Detective Kelli Coughlin at kcoughlin@lakevillemn.gov, referencing case file 22-001773.