A house under construction along Lake Minnetonka has been reduced to ash and embers after a Wednesday night fire broke out.

WOODLAND, Minn. (FOX 9) - A house under construction along Lake Minnetonka has been reduced to ash and embers after a Wednesday night fire broke out.

Crews were called to the home on Gale Road in Woodland, Minnesota around 6:15 p.m. for the massive fire. Videos and photos posted online showed the massive scale of the blaze burning along the lake near Wayzata Bay.

The location of the house along with the cold temperatures made it a difficult battle for fire crews trying to save the structure.

Wayzata Fire Chief Kevin Klapprich has been on the job for a long time but says Wednesday's fire was one of the largest he's seen, in some of the worst conditions he's experienced.

"No fire hydrants, so all the water had to be hauled to the scene," he explained. "There was nothing easy about what went on over there." 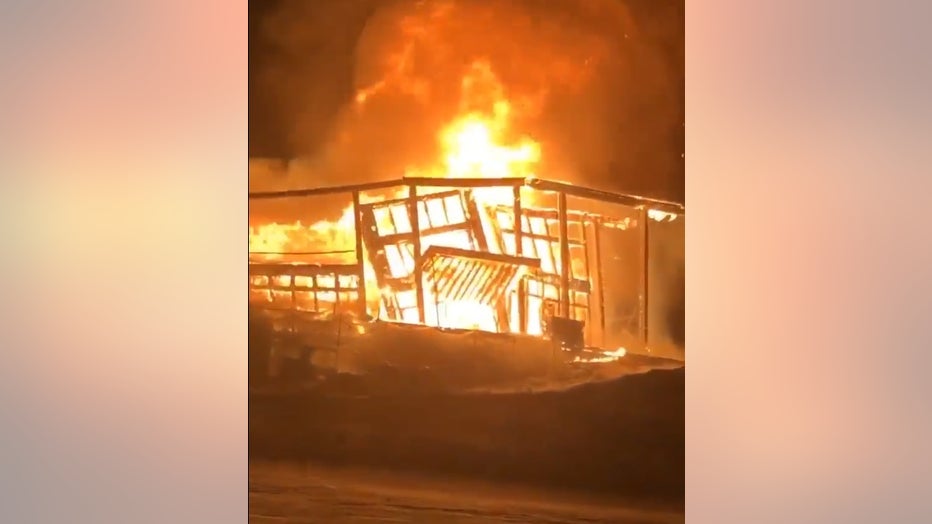 It wasn't until 9:15 p.m. that the fire was knocked down but embers were still smoldering the morning after.

The extreme cold, which had wind chills well below zero, made the battle even tougher. In those conditions, fire crews can only work 15 or 20 minutes at a time, so about 100 firefighters were on hand to constantly switch out.

But because of the narrow, winding roads, they first had to walk about a half-mile, in full gear, in that weather, to get to the fire.

About a dozen tanker trunks made multiple runs to haul in water to a pool that was about a 500-foot hose run to the house.

"Then the tankers had to back into that one at a time," said Chief Klapprich. 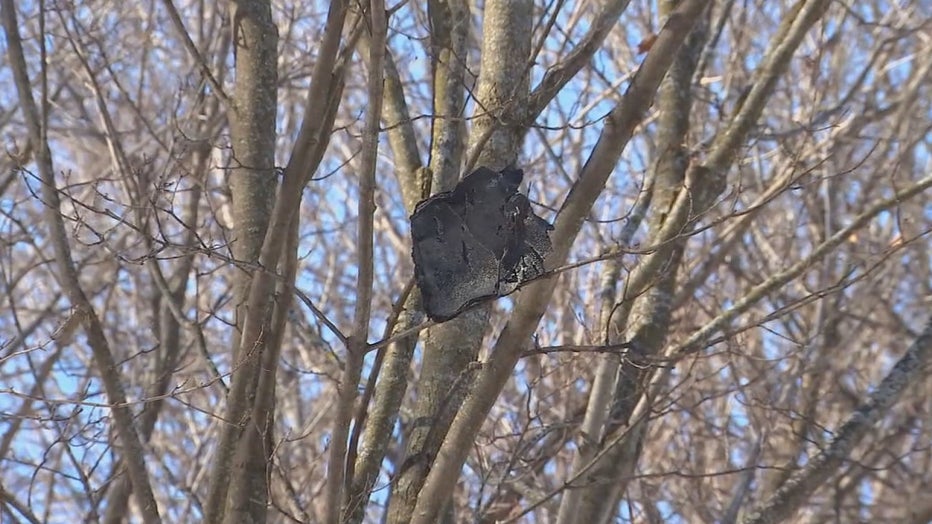 A piece of burned rubble remains in a tree after the massive blaze. (FOX 9)

In neighboring yards to the south, chunks of charred wood are everywhere, ranging from the size of a wood chip to the size of a football. Neighbors evacuated, telling FOX 9 they thought for sure the smoldering pieces that were raining down would set everything on fire. They were amazed it didn't.

Neighbors also praised the work of fire crews that kept that from happening.

The fire was so large that crews could see if from the station.

"And so you know you’re going to be in for a long night," said Chief Klapprich.