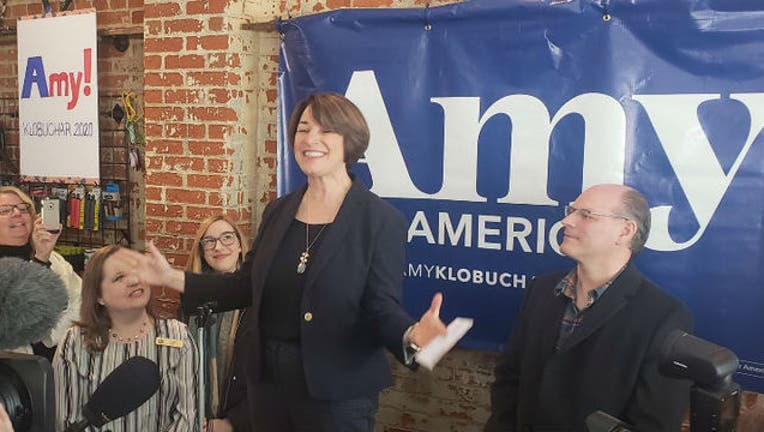 MINNEAPOLIS (FOX 9) - Senator Amy Klobuchar released a plan detailing more than 100 actions she hopes to take within her first 100 days as president.

Klobuchar is among a crowded field of Democrats running for president in 2020.

On her actions list, Klobuchar listed two items as "Day One" actions: rejoining the International Climate Agreement and nominating judges to fill vacancies on the federal courts.

Her outline involved a wide variety of issues which included protecting pre-existing condition protections under the Affordable Care Act, introducing gun violence legislation, increasing cybersecurity and ending the ban of transgender people serving in the military.

"The urgent problems our country is facing require immediate action," said Klobuchar in a statement. "That’s why in my first 100 days as President I will enact an ambitious, optimistic agenda to improve our health care, combat climate change, pursue economic justice and shared prosperity, and build a stronger democracy and safer world. With these concrete steps, we will put our country back on a path of progress where people have an opportunity to get ahead.”