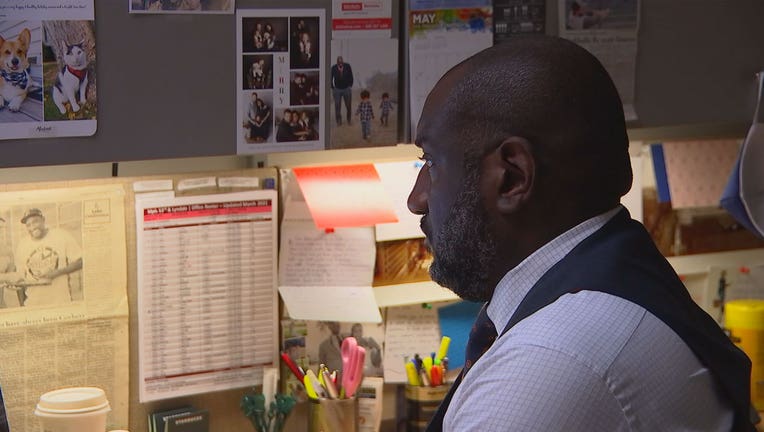 Jamar Hardy, the founder of Just Deeds, is helping homeowners remove racial covenants from their deeds to wipe out the discriminatory practice once and for all.

(FOX 9) - The discriminatory housing practice known as racial covenants are no longer in place, but the language still exists on the property records of thousands of homes.

In the Twin Cities, there’s an effort underway to change that.

The discriminatory housing practice known as racial covenants are no longer in place, but the language still exists on the property records of thousands of homes.

Racial covenants once prevented people of color from buying homes in the Twin Cities.

Jamar Hardy, of Edina Realty, is one of the founding members of Just Deeds, which seeks to shine a light on the dark chapter of Minnesota history.

Mapping Prejudice was a project that started a few years ago, which unearthed the racial covenants written into property deeds. Some of them dated back as far as the early 1900s.

Hardy says Just Deeds is the "sequel" to Mapping Prejudice.

"The language that’s in there is really about, if you’re somebody of White decent, you have all the rights. If you are not white, they don’t necessarily want you to buy in certain neighborhoods," said Hardy.

Race-based property restrictions were banned in the 1960s, but the language on some deeds still exist to this day.

"The average property owner is not going to see it," said Hardy. "It really does take some additional digging."

Just Deeds is working with nearly a dozen cities across the Twin Cities metro area to help homeowners remove discriminatory covenants for free.

"Maybe for some people, they’re not ready for that reckoning, but for those that are, we are providing a pathway to help educate themselves and move things forward," said Hardy.