It’s now been five years since 24-year-old Jonathan O’Shaughnessy was shot and killed in a drive-by shooting in Richfield, and the murder remains unsolved.

MINNEAPOLIS, Minn. (FOX 9) - It’s now been five years since 24-year-old Jonathan O’Shaughnessy was shot and killed in a drive-by shooting in Richfield, and the murder remains unsolved.

Jonathan’s family and friends gathered at the spot he was killed to remember him on Sunday, as they continue to wait for answers.

As Kuntz walked home with her son from a Fourth of July event in Richfield, around 11:20 on July 3, 2017, a minivan shot at their group on 64th Street.

O’Shaughnessy, a 2011 graduate of the Academy of Holy Angels, died as bullets ripped through his chest and leg. However, even years after his death, his loved ones are continuing to keep his name alive, as law enforcement searches for his killers. 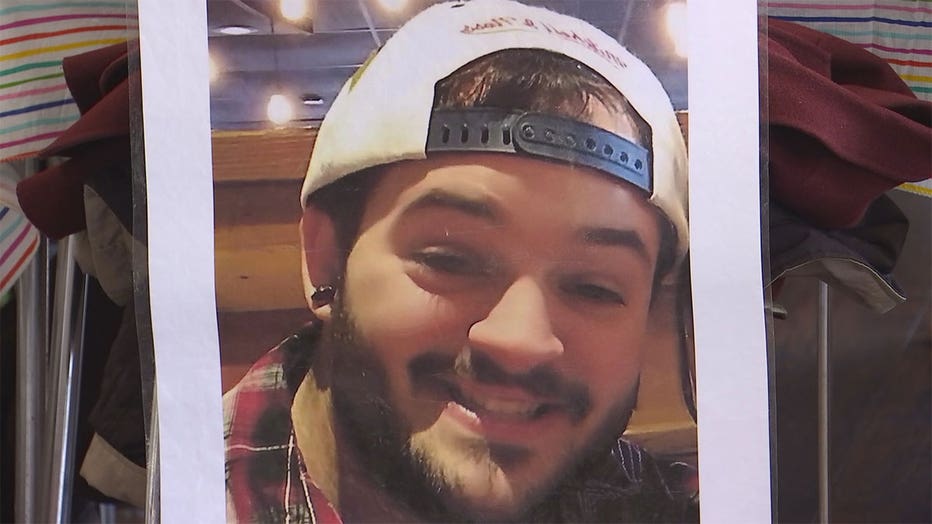 In March 2022, Kuntz says investigators told her a person directly involved in the shooting had been identified.

But now the family is back to waiting, "April, May, June, July, four months later we still are waiting, and we don’t know where it’s at," Kuntz said. "We have been patient, it’s five years, somebody needs to come forward and finish this."