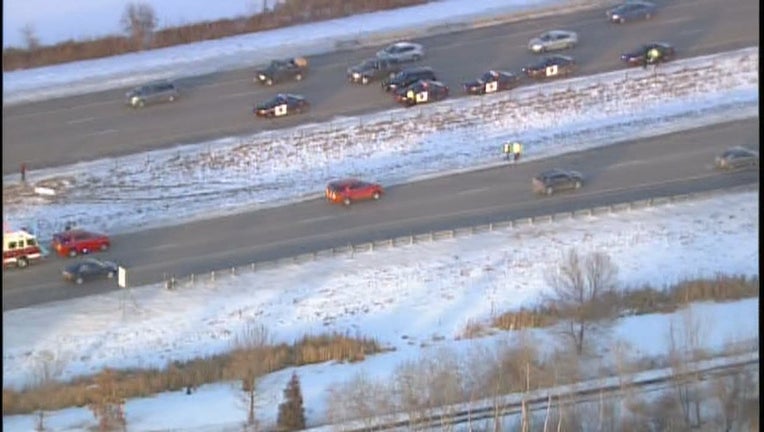 Several police and fire vehicles have parked along the median of Highway 169 Thursday afternoon. (FOX 9)

SHAKOPEE, Minn. (FOX 9) - State investigators have been brought in to determine how a man's body ended up in the median along Highway 169 in Shakopee, Minnesota on Thursday.

According to the Minnesota Bureau of Criminal Apprehension, who has been called in to lead the investigation, the body was first reported by a passerby around 3 p.m. Shakopee police responded to the highway near Canterbury Road where they located the man's body.

Officers diverted traffic as crews looked into how the person ended up in the median. The BCA says they are still investigating what led up to the death but say it might be related to a three-car crash in the area that happened the night before, around 10:40 p.m.

The identity of the victim has not yet been released.

Thursday's crash backed up traffic along Highway 169 for much of the evening commute.