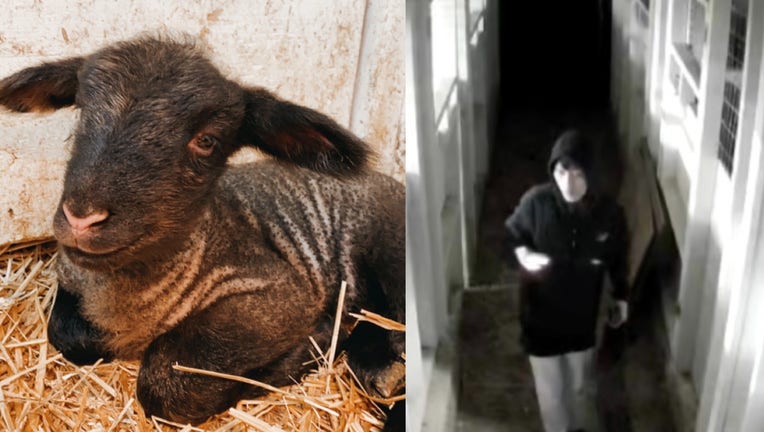 They’re offering a $500 cash reward to anyone who returns the baby to them. (Supplied)

INVER GROVE HEIGHTS, Minn. (FOX 9) - A family in Inver Grove Heights says their days-old lamb was stolen from their barn.

The Jeffries Family says someone broke into the barn on their family farm in Inver Grove Heights early Monday morning and stole their less than two-week-old lamb.

The Jeffries Family says someone broke into the barn on their family farm in Inver Grove Heights early Monday morning and stole their less than two weeks old lamb.

On Monday morning the Chelsie Jeffries heard the lamb’s mother making noise in her pen. When she went to check on her, the mother’s 10-day-old baby was gone.

"The thought that someone stole her never even crossed our minds," Jeffries said.

When they couldn’t find the baby in the barn, they decided to check security camera footage. When they did, they found a video of a person entering their barn, looking through the stalls and taking the baby lamb from her mother. 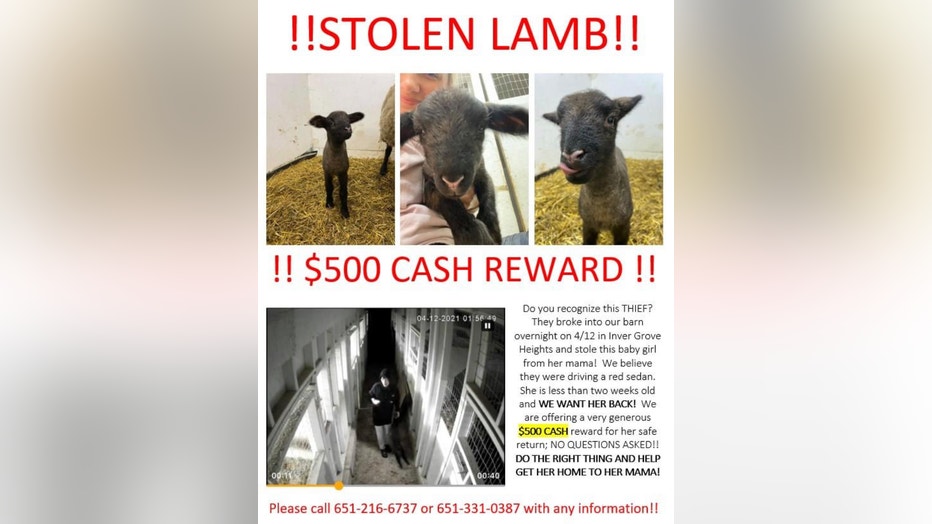 They posted about the theft on Facebook and got an overwhelming response.

"People don’t take kindly to somebody taking a baby away from its mom," Jeffries said.

They’re offering a $500 cash reward to anyone who returns the baby to them.

"If they wanted to sell her they’re going to make a lot more money if they bring her back and we give them $500," Jeffries said.

Because the lamb is so young, it’s vulnerable to the cold and still needs its mother’s milk. The Jeffries continue milking the lamb’s mother in hopes that her baby will be returned soon. Jeffries says the sheep mother has been crying ever since her baby was taken.

"She’s crying so much for her that her voice is getting horse," Jeffries says.

Anyone with information is asked to contact the Inver Grove Heights Police Department.