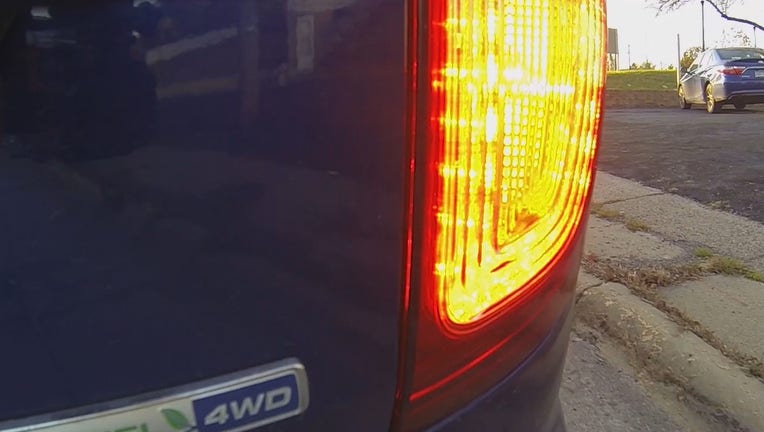 A new program will help drivers fix broken or out taillights instead of ticketing them. (FOX 9)

(FOX 9) - The Hennepin County Sheriff's Office announced Wednesday it will no longer be issuing fix-it tickets for broken headlights, taillights, brake lights or turn signals. Instead, deputies will be handing out vouchers to have these issues fixed at a participating auto service provider.

The sheriff's office joined the Lights On! program last year and officially launched the practice Wednesday. Lights On! is a partnership between law enforcement agencies and MicroGrants, a Minneapolis nonprofit focused on helping low-income people break the cycle of poverty.

Instead of tickets, police in Minneapolis and Hennepin Co. handing out vouchers to repair broken taillights

The Hennepin County Sheriff's Office announced Wednesday it will no longer be issuing fix-it tickets for broken headlights, taillights, brake lights or turn signals. Instead,&nbsp;deputies will be handing out vouchers to have these issues fixed at a participating auto service provider.

“These vouchers lead to safer cars on the road and better interactions between law enforcement officers and the public," Sheriff Dave Hutchinson said in a statement. "Most importantly, by avoiding tickets, we’re preventing a ripple effect that can seriously affect the financial stability of low-income individuals.”

In Minneapolis, police officials announced Wednesday they are also joining the program, vowing they will no longer issue tickets for certain equipment violations. Minneapolis officers have had them as an option for the past year but now it's policy.

Someone pulled over for a broken headlight or taillight doesn't get a ticket. Instead, the driver gets this voucher to have the light fixed for free.

Jeff Bahe, the owner of Bobby and Steve’s, has been an advocate for Lights On since it first launched in April of 2017.

"A lot of people know they have a bulb out but can’t afford to repair it," said Bahe.

"Police can only use the tools they have," said Bahe. "They have a taser. They have a gun, flashlight... What you give them, they’ll use. Now we are giving them another tool."

Former Minneapolis City Councilman Don Samuels got the idea for the program after the death of Philando Castile, who was told he had been pulled over for a brake light that was out. According to MPD's online data dashboard, since the fall of 2016, 14.4 percent of all traffic stops in the city were for equipment violations. Of those stops, 48 percent were black drivers.

The so-called "fix-it tickets" are as good as cash for up to $250. But supporters agree the program is worth a lot more.

"Just the relationship between the public and the police is getting better and better because of this program," added Bahe.

For more information on the program or where to find participating auto service providers, click here.