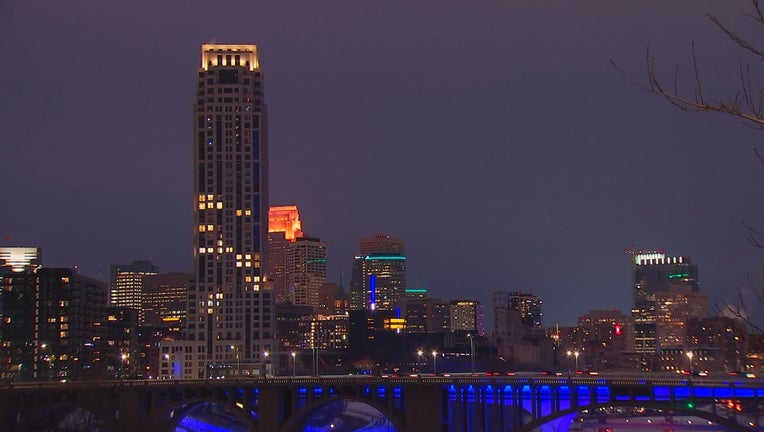 MINNEAPOLIS (FOX 9) - Eleven on the River, a luxury residential condo building, broke ground in September of 2019 and is officially opening to residents in March. At around 550 feet, it’s the tallest residential building in Minneapolis and the tallest building constructed in the city since 1992.

Eleven on the River stands at 550 feet tall. It’s the tallest building constructed in Minneapolis since the Capella building was built 30 years ago, at 775 feet tall.

Inside the tallest building built in Minneapolis in 30 years

Eleven on the River, a luxury residential condo building, broke ground in September of 2019 and is officially opening to residents in March. At around 550 feet, it’s the tallest residential building in Minneapolis and the tallest building constructed in the city since 1992.

"It’ the seventh-tallest tower in Minneapolis," Carl Runck, the director of Real Estate Development for Ryan Companies, said.

Runck says condos inside the building start at $950,000 and, so far, they’ve sold around 75 percent of the units. He says the building's art deco design, designed by Robert A.M. Stern, was inspired by other buildings in the Minneapolis skyline.

"We knew we had to get it right in terms of it feeling like it fit in Minneapolis had a timeless character from all angles since you can see it from miles away in all directions," Runck said.

For the last 10 or 15 years, dozens of high-rise residential buildings have been built in Minneapolis, a trend that former Star Tribune architecture critic Linda Mack says can be a reflection of our society.

"It’s like every art form. It comes out of what’s happening in people’s individual lives and society as a whole," Mack said.

Mack explains how priorities in architecture and construction have changed over the decades. In the late 1920s, Minneapolis gained its first skyscraper, the Foshay Tower, which was considered a feat of engineering at the time. After that, she says Minneapolis experienced less substantial urban growth through the Great Depression, World War II and the 1960s. She says it wasn’t until the 1970s and the construction of the IDS Center that the Minneapolis skyline we know it now began to take shape.

"I think that spawned a whole new way of thinking of the downtown," Mack said.

From there, she says the 1990s saw great growth in tall, business skyscrapers in the heart of downtown. Now, there’s a big focus on residential properties.

"It’s really I would say only in the last 20 years that we’ve seen this kind of residential development," Mack said.