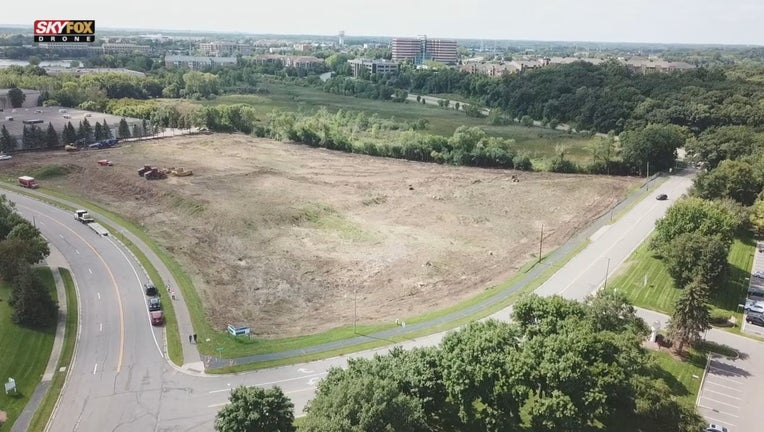 EDEN PRAIRIE, Minn. (FOX 9) - Ground broke this week on what is said to be one of the last empty industrial plots of land in the “Golden Triangle” between I-494, Highway 169 and Highways 212 and 62.

Crews have been clearing an area along Valley View Road in Eden Prairie since Monday, as the Opus Group gets to work on a $15 million industrial building. It will become the 130,000-square foot Golden Triangle Corporate Center, a speculative project in the works since before the pandemic.

Opus Vice President and General Manager Phil Cattanach says with views of adjacent wetlands nestled between other industrial buildings and less than a mile from the Southwest Light Rail, there’s been plenty of interest.

“This is the last kinda ground-up vacant space inside the golden triangle of this kinda scale,” he said.

While the basic plans were set before COVID-19 concerns and haven’t changed much, Cattanach expects to work closely with future tenants to make adjustments inside. Office spaces more than warehouse spaces are requiring larger footprints then they used to.

“I think one of the main things we’re looking to do is to maintain flexibility because it is a dynamic market without COVID,” said Cattanach. “It’s only been enhanced how dynamic it is now because of that overlay in how it relates to how people work, how they come to work and how much they function in the office.”

The head of the Eden Prairie Chamber of Commerce also adds during a rollercoaster 2020, interest from businesses positioning around the Southwest Light Rail continues to be steady and worth celebrating.

“The industrial market has only strengthened through this changing way that consumers spend,” said Cattanach.

When all the construction is complete, the site will be ready to move into in June of 2021.