WASHINGTON - Before President-elect Joe Biden calls the White House home, 1600 Pennsylvania Avenue will undergo a thorough cleaning once the Trump family has moved out. Such is standard procedure, but this transition reportedly includes an amplified cleaning that’s costing nearly half a million dollars.

The government will spend nearly half a million dollars for the COVID-19 cleansing of the White House — from the East Wing, through the Residence and to the West Wing, according to contract data reviewed by CNN.

According to the Associated Press, a cleaning is standard procedure during all presidential transitions. Crews will strip beds, replace mattresses, clean or toss out rugs and apply fresh coats of paint. 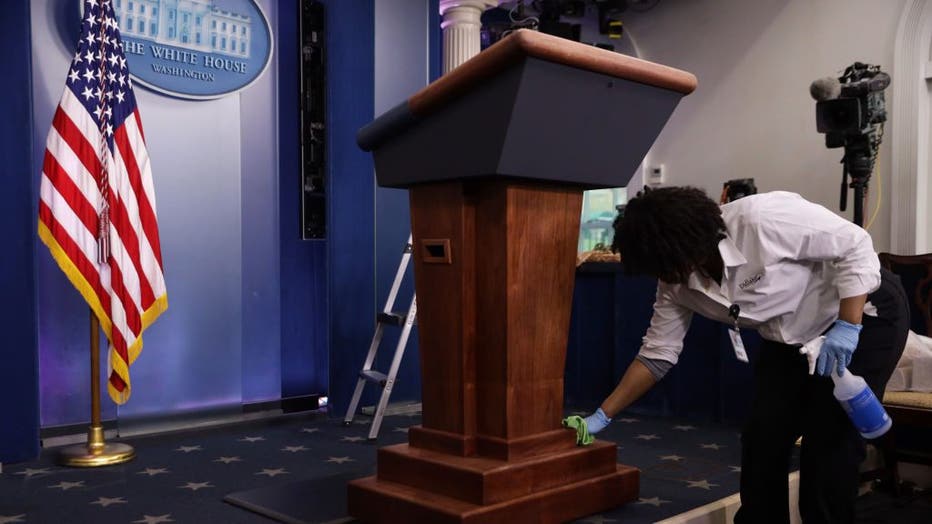 WASHINGTON, DC - MARCH 20: A member of the cleaning crew cleans the podium at the James Brady Press Briefing Room of the White House March 20, 2020 in Washington, DC. The U.S. Senate is working on a legislation to help on the economy that will be aff

Typically, the transitional cleaning is handled by the White House staff and is hurriedly completed in about five hours. The clock would normally start ticking when the outgoing and incoming presidents leave the White House together to head to the Capitol for the swearing-in ceremony on Jan. 20. The process would continue during the ceremony and the parade down Pennsylvania Avenue to the White House.

But things will unfold a bit differently this year.

President Donald Trump, still angry over losing reelection, is skipping the inauguration. He’s also leaving town before Biden takes the oath of office, meaning the pair will not be going to the Capitol together. Depending on when Trump heads out, housekeepers and other residence staffers who help move the presidents’ belongings will get a welcome head start on the packing and unpacking.

Several other tasks have reportedly also been contracted with outside companies. This year’s contract, obtained by CNN, reportedly shows $127,000 allocated to Didlake, a Virginia-based company tasked with handling the "2021 Inaugural Cleaning."

Another $44,000 will reportedly be spent on carpet cleaning and $115,000 will be used to pay for carpet replacement and floor correction.

A Maryland-based company has reportedly been hired to remove trash and recycle, costing another $37,975. Curtain cleanings will reportedly cost $29,000 and painting and wall coverings will run another $53,000. Another $50,000 has also reportedly been set aside to fund overtime payments for movers. 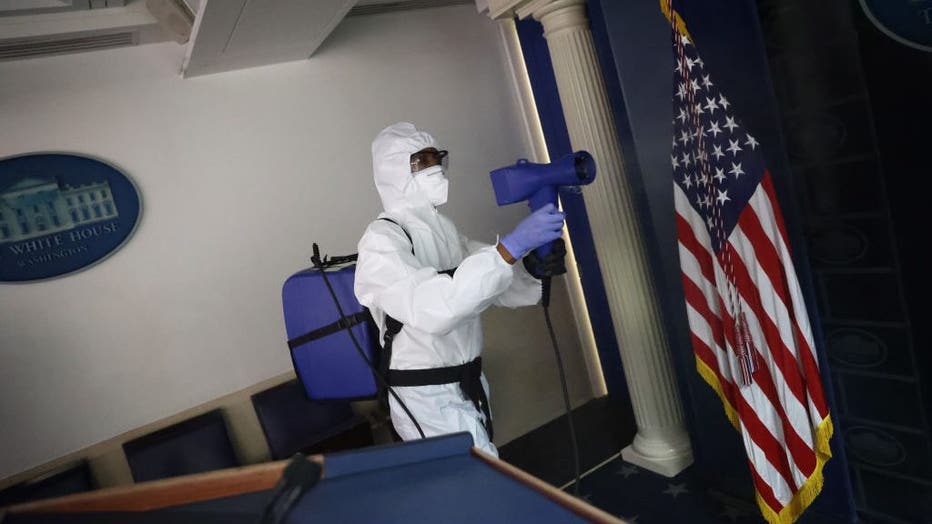 Last year, the White House was at the center of multiple COVID-19 outbreaks.

In October, many in the administration — including the president and first lady — tested positive for the disease that has killed more than 390,000 Americans, according to data collected by Johns Hopkins University.

The disease has been proven especially deadly for older people. Although Biden, 78, is the oldest man ever elected, he and his wife, Jill, have already been vaccinated.

The incoming 46th president has also pledged support for safety measures, like mask-wearing, that are often skirted by the Trump administration.

The Biden transition team did not immediately respond to a FOX TV request for comment.