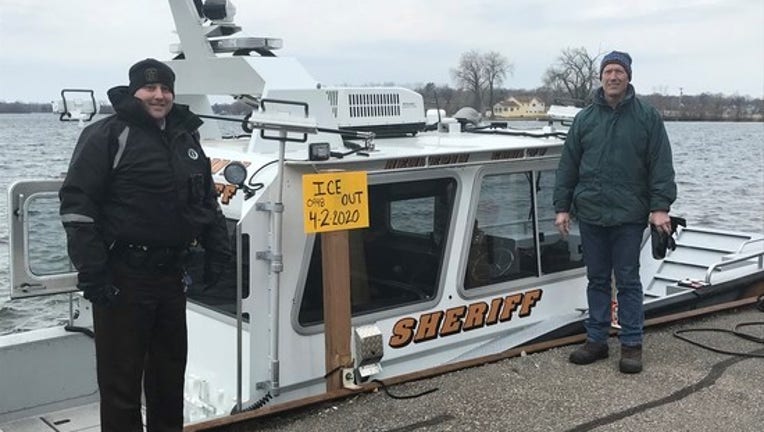 The Hennepin County Sheriff’s Office made the announcement in conjunction with Freshwater Thursday morning for what they call the “official start to the boating season.”

Ice out is declared when Hennepin County deputies can safely pilot a patrol boat through all of the 14,500-acre lake’s channels and bays without obstruction.

Minnesota’s stay-at-home order allows for boating activities with a few restrictions. Families and cohabitating groups are allowed to be on boats together even if they can’t stay six feet apart, but any tying of rafts or boats together constitutes a gathering and is forbidden under the Governor’s order.

“Obviously, this is an unusual start to boating season,” said Hennepin County Sheriff David P. Hutchinson. “We know that not everyone who enjoys water recreation will be able to get out onto the lake due to the state’s Stay at Home order. However, we know that there will still be people getting out on the lakes as normal, and we’re encouraging everyone to keep basic water safety in mind.”