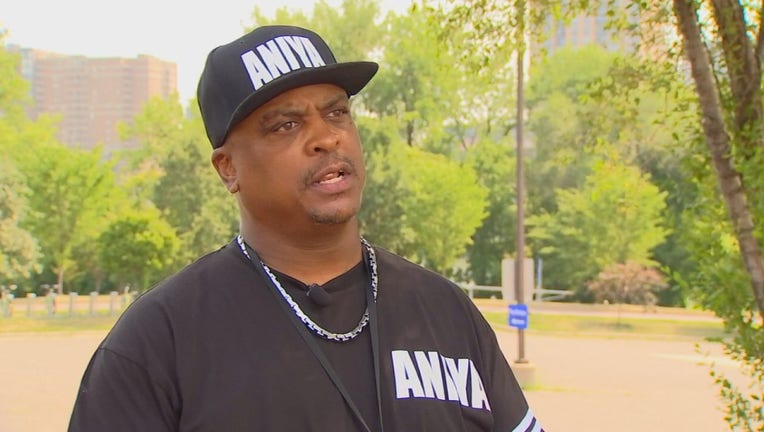 MINNEAPOLIS (FOX 9) - Well-known Minneapolis peace activist K.G. Wilson plans to leave the city after nearly two decades combating crime on its streets - all in a year when gun violence only continues to rise. Tuesday marked the city’s 50th homicide, and just months ago, a shooter claimed the life of Wilson’s own 6-year-old granddaughter.

"I’m done. I’m through, and today right here I’m announcing my retirement," Wilson told FOX 9. "I am done as an active peace activist in Minneapolis; this is my end right here so today I say goodbye to Minneapolis."

K.G. Wilson, a longtime peace activist, said he's ready to leave Minneapolis after losing his grand-daughter in a shooting months ago.

Wilson has been a difference-maker in the community since the early 2000s.

"I gave my life, put my life on the line to save other lives, or to be there for countless other families," Wilson said.

He worked to keep kids out of gangs and guns off the street. But in mid-May, the gun violence struck home when Aniya Allen was killed by a stray bullet.

"And all I feel like I got in return is a murdered six-year-old granddaughter, and no arrests, and it’s been two months later," Wilson said.

But before leaving town, Wilson may have saved one more life.

Minneapolis Police confirm a suicidal man was seen running on the Hennepin Avenue Bridge early Sunday morning after leaving behind a suicide note. Wilson said he chanced upon the man while on an evening walk, and now has injuries on his arm and hand to show for it.

"I grabbed him and I held him and I just started talking to him. I said, ‘I can’t let you do it,’ and he’s like, ‘man, you got to let me go, let me go, you don’t know what happened,’" Wilson said. "And I said I don’t care what happened."

For 18 years Wilson worked to make Minneapolis safer, but this story really goes back 19 years.

"19 years ago I was on that same bridge wanting to jump off that bridge almost in the same spot down there where I saved him from," Wilson said.

Now, Wilson is moving on to a new chapter in his life.

Anyone with information on the shootings of Aniya Allen, Trinity Ottoson-Smith and Ladavionne Garrett, Jr is encouraged to call the Crime Stoppers anonymous tipline at 1-800-222-TIPS (8477) or crimestoppersmn.org. Officials noted that tipsters can still be anonymous and receive a financial reward if the information leads to an arrest.