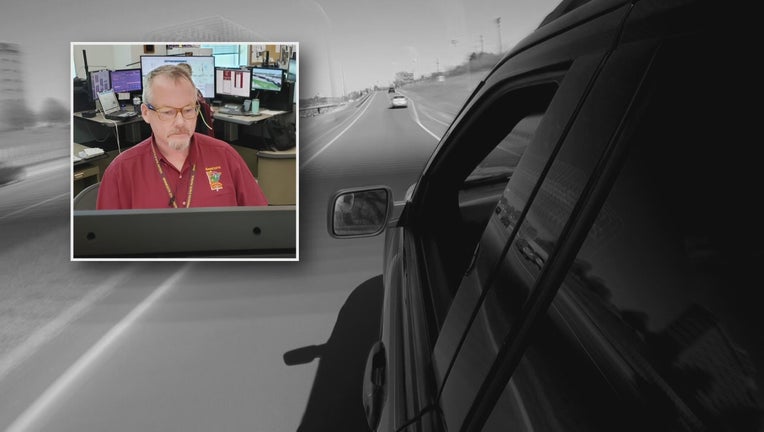 ST. PAUL, Minn. (FOX 9) - Twenty-two minutes is the length of the average sitcom without commercials, but for one 911 dispatcher in Minnesota, it was long enough to save a life.

Minnesota State Patrol radio communications director Marty O'Herir has helped with all kinds of highway emergencies over the last 14 years, but the 911 call he picked up on April 16 was the toughest of his career.

For one 911 dispatcher in Minnesota 22 minutes was long enough to save a life.

"The caller used all my gas that day,” he said. “I guess would be a way put it."

The caller told O'Herir he was going more than 100 miles an hour on I-94 in Minneapolis and that he wanted to end his life - either by crashing or through an encounter with law enforcement. O'Herir kept the man on the line as he directed a state trooper to the caller's location, while other dispatchers in the room tried to learn as much about the driver as possible.

"His voice, he was very confident on what his plan was,” said O’Herir. “I was going to do everything in my power to prevent that."

At one point, the man told O'Herir he was going to drive to Duluth, where O'Herir is from as well.

“‘If you want to go to Duluth, I will ride with you. I am not letting you go,’” O’Herir said he told the caller.

After 22 long and stressful minutes, the caller pulled over. Once O'Herir could hear him talking to a state trooper, the exhausted 911 dispatcher hung up the call.

"Strangely enough, the whole room erupted in applause,” said O’Herir. “I simply disconnected. Took my headset off and said, ‘I need a break.’"

A few days later, the caller left a message thanking O'Herir and the state trooper for saving his life. O'Herir says he didn't want a fleeting decision to become a permanent solution to a temporary problem.

"I told him I can mend a broken heart, but I can't fix a dead body," he said.

O'Herir is sharing his story because wants to let others know that it’s okay to ask for help if you are feeling overwhelmed.

If you or someone you know is struggling, there is help. The National Suicide Prevention Lifeline has people available 24-7 to help and to listen to anyone in need. Their number is 800-273-8255.