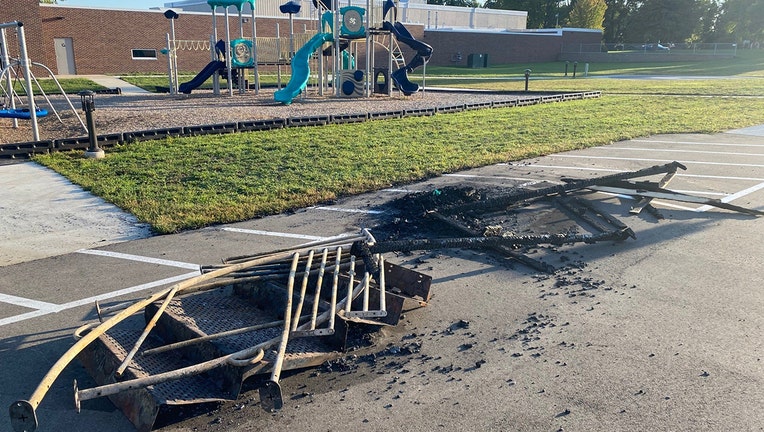 HOWARD LAKE, Minn. (FOX 9) - The City of Howard Lake is asking for the public’s help after someone reportedly set fire to a playground primarily used by special education students.

The police and fire departments responded to Central Park near the Meeker and Wright Special Education Cooperative (MAWSECO) early Sunday morning on a report of a fire. When they arrived, they found equipment intended to fix a safety issue for the students had been ruined—equipment the city said costs thousands of dollars and took months to get.

The city called the fire "cruel."

Anyone with information is asked to contact the Howard Lake Police Department at 320-543-3670.