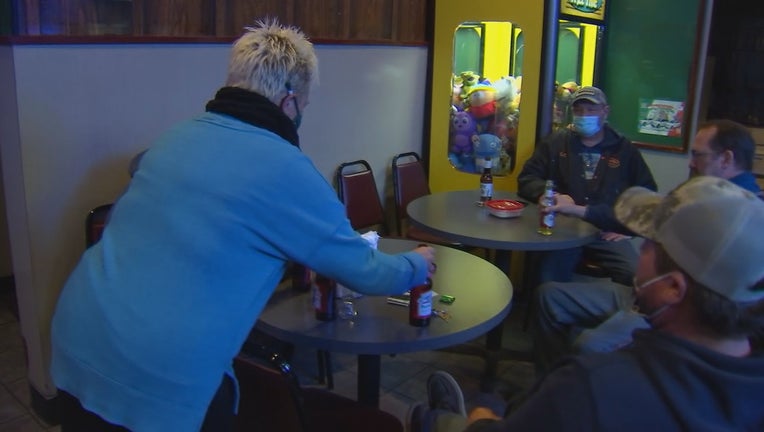 Marlo Thomas, a bartender (left), lost her health insurance through her union during the height of the pandemic in November. (FOX 9)

(FOX 9) - It was another hit for hospitality workers at the height of the pandemic, as some found out they were losing health insurance.

In November, bartender Marlo Thomas learned she was about to lose her health insurance and she had only a couple weeks to find another plan.

Already wounded by the pandemic, some hospitality industry workers were left without insurance.

"I don’t think anybody deserves something like this," said Thomas. "I mean, we’re going through a pandemic then they just yank it out from you."

In a letter dated Nov. 1, the administrator of the plan offered through her union notified her that the coverage was being terminated due to dwindling contributions -- another casualty of the pandemic.

"I think if you’re going to claim that you’re a safety net for your employees, then I think the last time that you dump them is in the middle of a pandemic," said Sarah Norton of the nonprofit Serving Those Serving.

Norton says more than a dozen restaurant workers have now come to them for help. Some are facing expensive medical bills they couldn’t pay.

"We’re a small nonprofit and we kept our benefits going and I just wonder how a union that most of the time is flush with cash, how were they not able to do the same thing," said Norton.

President of UNITE HERE Local 17 Christa Mello said they had no choice.

The union quickly found and offered a new plan, but not all restaurant owners jumped on board.

"It’s unfortunate, we don’t want any of our members to lose healthcare, we’ve been fighting for it," said Mello.

Thomas did find a plan through MNsure, but not before slicing open her hand and getting slapped with a huge hospital bill. Now, she says she’s re-thinking her years of union membership.

"Every job I’ve ever had is a union, I’ve always had a union and right now, they put a bad taste in my mouth," said Thomas.