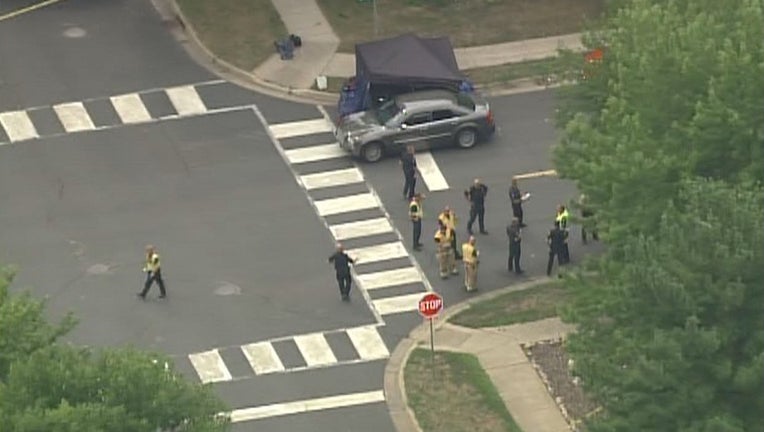 Video from our helicopter shows police on scene and the area around Spencer Street and 4th Avenue blocked off. (FOX 9)

SHAKOPEE, Minn. (FOX 9) - Police say there is no threat to the public after a deadly incident on Wednesday in Shakopee, Minnesota.

According to police, they responded around 2:30 p.m. for the report of a homicide near the intersection of 4th Avenue and Spencer Street in the city.

Police are investigating a homicide after a woman was found dead in Shakopee. A suspect is in custody.

Police blocked off the area as the investigation is underway. Aerial video shows a blue tent set up at the corner of the intersection next to a gray sedan and a number of investigators working the scene.

Authorities have not yet disclosed what led up to the death or exactly how the victim was killed. Sources tell FOX 9 that first responders encountered a "grisly" scene and say a knife was used in the attack. We're also told that the attack was witnessed by several people in the area and sources say the victim and suspect were in some type of relationship.

Officers say a suspect has been taken into custody and they don't believe there is a threat to the public. Police said the suspect is known to law enforcement and has a lengthy record.

Meanwhile, neighbors said they were shocked to see something like this unfold in front of them in the middle of the day.

"I have no words for it. Just scary. I just feel very sorry for the families," said neighbor Jessica Sondrol.