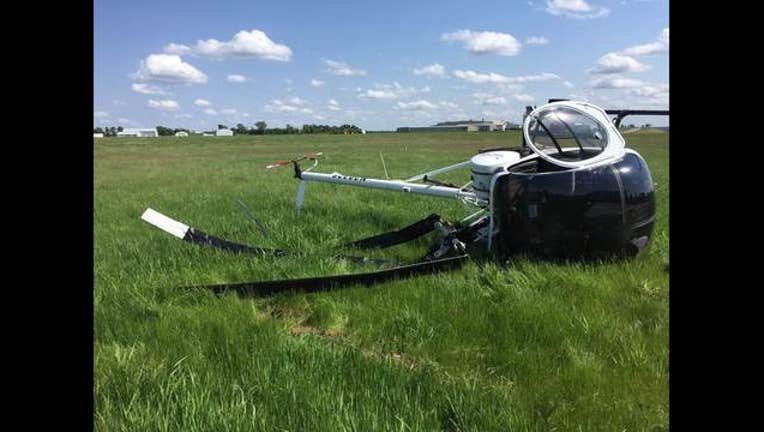 According to Eden Prairie Police, the crash happened at 3:23 p.m. The two people inside the helicopter escaped with minor injuries.

According to the Metropolitan Airport Commission, the occupants of the helicopter were practicing landings in a grassy area at Flying Cloud. One of the landings went badly, and the helicopter flipped onto its side and broke a rotor.