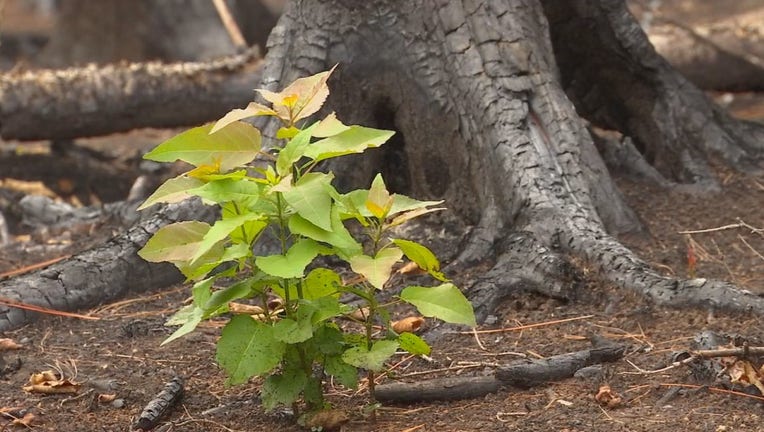 Forests are recovering after the Greenwood fire.

(FOX 9) - The Greenwood fire took its name from the nearby lake where lightning struck on Aug. 15, igniting a wildfire that burned for weeks.

Fueled by drought and wind, its persistence dominated headlines for much of late summer and early fall in Minnesota.

After the Fire: The damage left behind by the Greenwood fire in northern Minnesota

A lightning strike on August 15 sparked a fire in the Superior National Forest that burned for weeks. Now residents are working to rebuild and restore what has been lost.

When the last flames were finally put out, the northern Minnesota fire had consumed nearly 27,000 acres, countless firefighting resources, and at its worst, the lives that some had built around nearby McDougal Lake. Homes burned to the ground, destroying countless possessions. For a few, it was the closest call they ever want to live through.

"We had a boardwalk and deck right off the lake area… we’re starting to rebuild the deck now, and I’ll connect the boardwalk as soon as I get that completed," said Jeff Solomon, who lost several items in the fire.

The end of his dock went up in flames, and he lost several boats, as well.

"I had all of our watercraft out there. Two handmade wood canoes, kayak, and a paddleboard… and those are just ashes now," Solomon said.

The couple believes it a small price to pay considering how close the fire actually got to their home and how devastating it was for others. 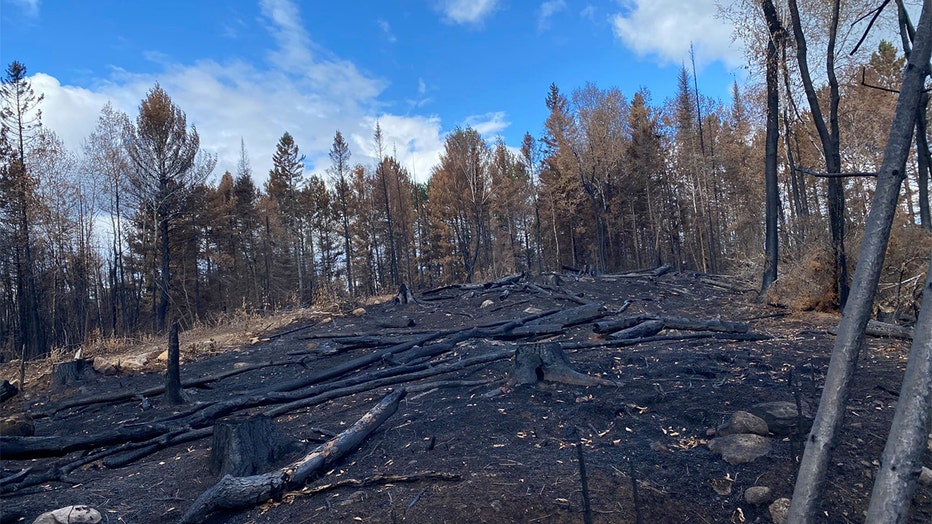 "We felt very fortunate when we found out that our cabin survived, but then knowing that for half of our neighbors that wasn’t the case, you have almost a survivor’s guilt when you get back."

Not all who own places on the shores of McDougal Lake were nearly as lucky. Twelve homes or cabins were destroyed, and many other lesser buildings were also consumed by the flames. But, much like Jeff and Brenda, others count their lucky stars every single day for the whims of Mother Nature and the hard work of firefighters.

Meanwhile, the charred skeletons of what were once massive evergreens now park a thin peninsula of land leading to Tim Johnson’s home on McDougal Lake, reachable only by ATV.

"We call it the oasis here because everything is just so black and dreary all the way up to the bottom of this little point down here, and everything is untouched up here from the fire," he said.

However, there is still a lot of work to be done. Most of the 20 acres the couple owns burned in the fire, and to prevent future fire risk, the remaining trees will have to be removed.

"It’s still disheartening to see all the different burned areas from what it used to be. It’s just hard to believe," Johnson said.

A wildfire that burned for weeks in the Superior National Forest destroyed acres of forest land in northern Minnesota. But, despite the destruction left behind, Mother Nature is set to make a comeback.

When the smoke cleared and the last flames went out, the stark reality of a major forest fire stood out in black and white. Vast areas of forest were left charred and barren, except for the burned-out spines of what were once massive pines.

Kyle Stover from the U.S. Forest Service spoke with FOX 9 about his thoughts on the devastation and how the forest will recover.

"I liken it a bit to more of a story. We can come out here multiple times and you’re going to see a progression of events that the fire was not the end of things - rather the beginning."

Rebirth of a forest begins quickly. When organic matter is burned from the forest floor, seeds dropped by plants and trees begin to take hold, with the sprouting species emerging first.

"The trees above have died, and that sends a chemical signal to the root system that is actually more expansive than just under that tree, and that chemical response encourages those root systems to re-sprout," Stover said.

Ten years ago, a fire ripped through 93,000 acres of Minnesota forest in and around the BWCA. Today, that burn area’s rebirth is well underway.

"It’s important to keep in mind that a lot of the tree species we have in northern Minnesota are fire-adapted species, meaning they are craving that open light environment and grow very quickly," he said. "So, the tree species we have up here in the Pagami Creek wildfire scar - we have Jack Pine, Red Pine, Black Spruce, Aspen and paper birth - those are our main species, those are the ones that are growing quickly…it’s 10 years on, and these trees are 10 to 15 feet tall in many areas."

A wildfire kills most things in its path, but despite the flames and intense temperatures, rarely is everything reduced to ashes - and that plays a key role in a forest’s regeneration.

Just one year after the fire, the survivors now dominate the forest, and grasses replace the scorched ground. Wildflowers are abundant, bushes and small trees have already sprouted, and the resilient Jack Pine returned.

It’s an amazing ecological system of creating new forest life when it appears that all is lost, one that has evolved through the eons of time, where fire has always played a key role.