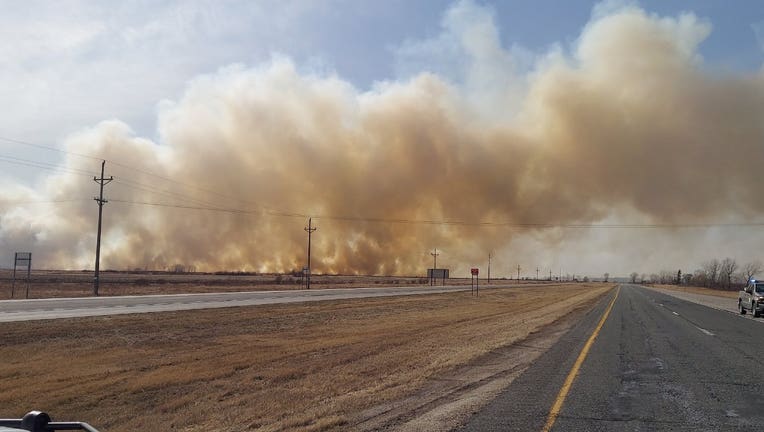 According to the Minnesota State Fire Marshal’s Office, the low humidity levels and strong winds have created "dangerous" fire conditions across the state.

Monday, the Minnesota DNR issued a burn restriction as a result of the conditions affecting dozens of Minnesota counties, including the Twin Cities area.

"Wildfire danger is especially high in April and May because we have dry conditions with no snow protection," DNR fire prevention supervisor Casey McCoy said in a release. "Once the landscape ‘greens up’ fire danger goes down—but until then, restrictions reduce the potential for wildfires." 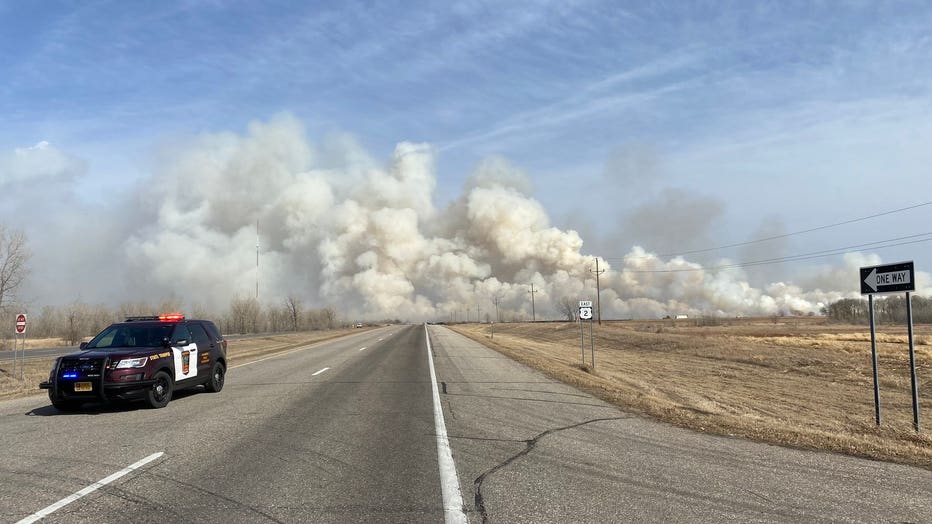 The Minnesota State Patrol is helping with traffic control Monday afternoon as a grass fire reduced visibility on a highway east of Erskine, Minnesota near the Glacier Ridge National Wildlife Refuge.

Video of the area obtained by FOX 9 shows smoke billowing into the sky.

In South Dakota, similar conditions spurned brush fires that closed Mount Rushmore and parts of I-90 Monday afternoon. The city of Rapid City also had to evacuate parts of the western side of town as heavy winds moved a brush fire there.

Video from Rapid City, South Dakota shows smoke rising from a brush fire that prompted evacuations of part of the city Monday. (Courtesy: @wxcandyse on Twitter)

Winds in excess of 70 miles per hour were reported in that area Monday.