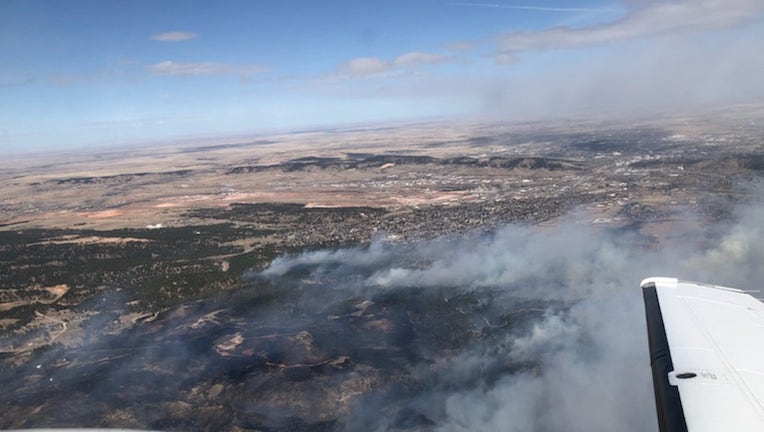 Additionally, Monday afternoon, the Black Hills National Forest closed the road to Mt. Rushmore and closed the park to visitors as a 20-acre fire burned nearby.

Video from Rapid City, South Dakota shows smoke rising from a brush fire that prompted evacuations of part of the city Monday. (Courtesy: @wxcandyse on Twitter)

Winds near 70 miles per hour were reported in the area as the fires burned.

The South Dakota Department of Transportation also announced that I-90 would closed from Exit 150 at Kadoka to Exit 192 at Murdo due to the grassfires.

West side of Rapid City evacuated for Schroeder Fire

Officials in Rapid City, South Dakota evacuated parts of the west side of the city after a brush fire and high winds threatened some areas. Officials are now calling the fire the Schroeder Fire and have set up a Facebook page to disseminate information about it.

Emergency crews evacuated homes and businesses in the area. The Penn County Department of Emergency Management is giving live updates on its Twitter account, which can be found here. 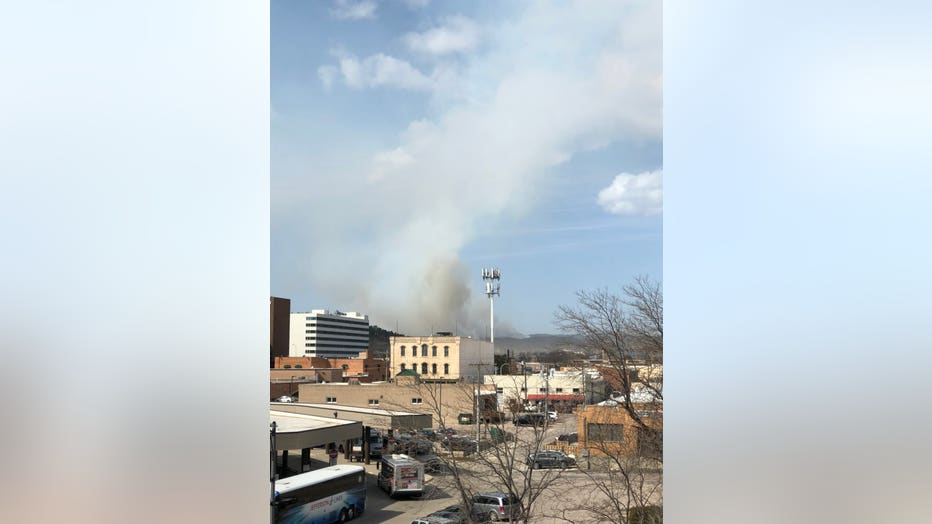 The view from downtown Rapid City of smoke from a spreading brush fire that prompted evacuations Monday. (City of Rapid City)

Nemo Road eventually reopened to the public Monday afternoon, but checkpoints were set up on other area roads to restrict access to evacuated places.

In a tweet, law enforcement urged people to stay away from the area and use alternate routes.

Sunday evening, Rapid City Fire crews responded to another grass fire in the area of Bunker Drive, but it was stopped at one acre. Officials said it was human caused. It did not threaten any structures. 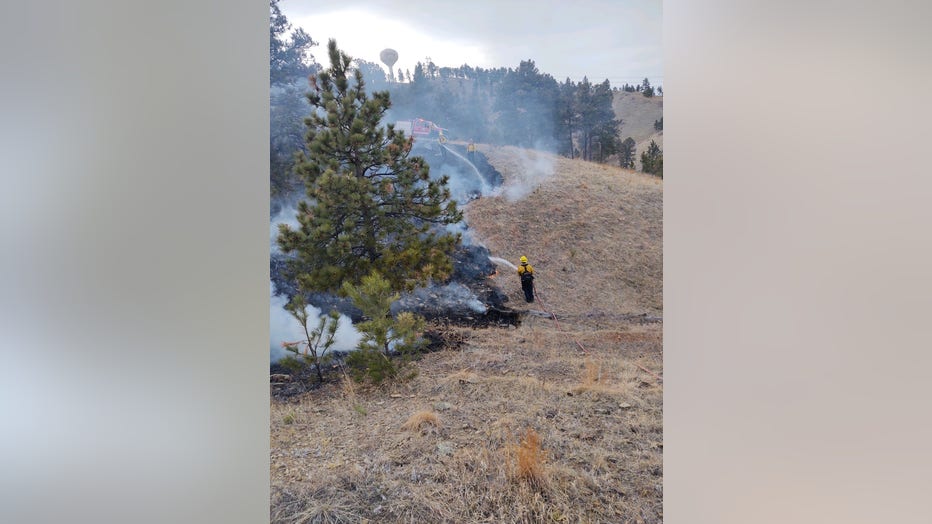 Burn restrictions were in place across South Dakota and in parts of Minnesota Monday as warm, dry weather spread through the region. The state said it would not issue burning permits in dozens of counties during the restriction.

"Wildfire danger is especially high in April and May because we have dry conditions with no snow protection," DNR fire prevention supervisor Casey McCoy said in a release. "Once the landscape ‘greens up’ fire danger goes down—but until then, restrictions reduce the potential for wildfires."