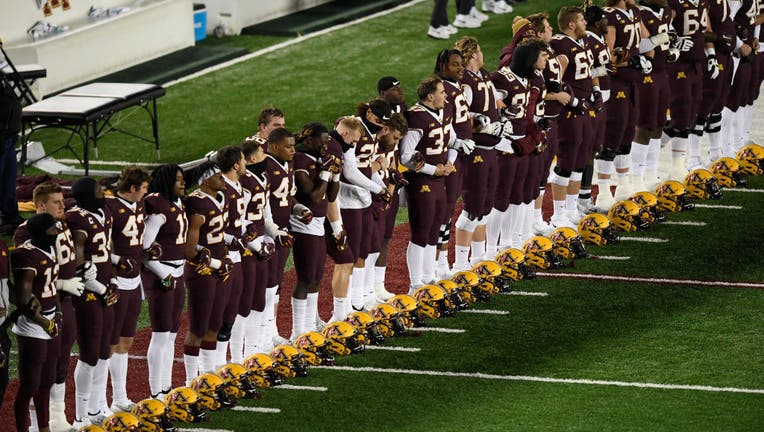 MINNEAPOLIS (FOX 9) - The University of Minnesota football team will be without its offensive line coach Friday night as the Gophers host Purdue at TCF Bank Stadium, team officials said.

Brian Callahan tested positive for COVID-19 during one of the daily antigen testing periods this week and follow-up PCR testing confirmed the positive result. After learning of his diagnosis, he began isolating at home and working remotely.

In his place, Director of Player Development Norries Wilson will coach the offensive line during Friday's game.

Two other members of Minnesota's staff also tested positive during testing this week.

According to a Yahoo Sports report, the Gophers will also be without as many as 20 players Friday night between COVID-19 issues and injuries. Minnesota is off to a 1-3 start, and has yet to win at TCF Bank Stadium this season. The Gophers lost their opener to Michigan 49-24, and last week to Iowa 35-7.