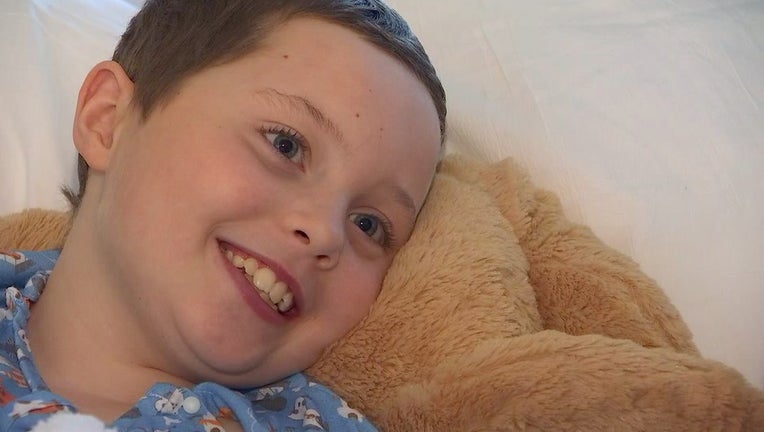 Nine-year-old Megan Wagner smiles from her hospital room as she receives treatment. She and her family look to Gophers football player and cancer survivor Casey O'Brien for inspiration. (FOX 9)

Megan Wagner is nine years old and has already beat Osteosarcoma, a rare type of cancer. The chemotherapy she was given to treat that cancer damaged her heart. She is now at the M Health Fairview University of Minnesota Masonic Children’s Hospital waiting for a scheduled procedure to help improve her condition.

The Minnesota Gopher special teams player who beat cancer four times is inspiring a young girl who beat the same kind of cancer.&nbsp;

“We have a hard road ahead of us,” Megan’s mom Andrea Wagner said.

On Saturday, a picture of Megan watching Casey O’Brien step out on to the field for the Minnesota Gophers made the rounds on the internet. 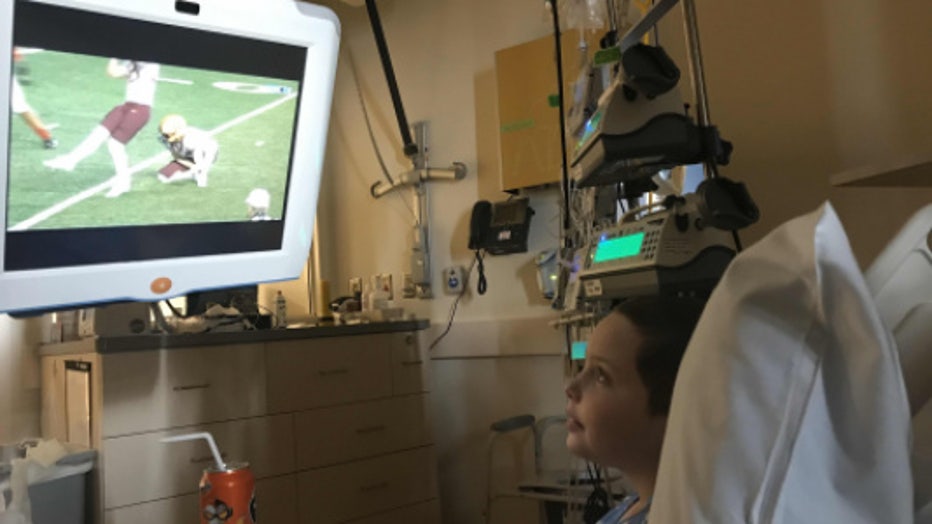 Megan says seeing someone who has gone through something similar to her made her feel like she isn’t alone.

Megan and her mom say O’Brien has been an inspiration for their Maple Grove family and other families who are going through the same thing.

“It was overwhelming to see someone who has gone through so much yet, he’s out there playing football. It’s truly mindboggling and overwhelming because that’s what all parents want for their kids is to do what they love,” Andrea said.

The Wagners have built a relationship with the Gopher Football organization and the Flecks over the past year at Masonic Children’s.

“We feel really blessed to be a part of the football family. Heather and P.J. have embraced our family like we’re their own,” Andrea said.

That includes getting opportunities to meet O’Brien.

“She’s still battling a little bit with Osteosarcoma which is the same cancer I had. I get to wear one of her bracelets too. She’s a special girl to me,” O’Brien told reporters after practice on Wednesday. 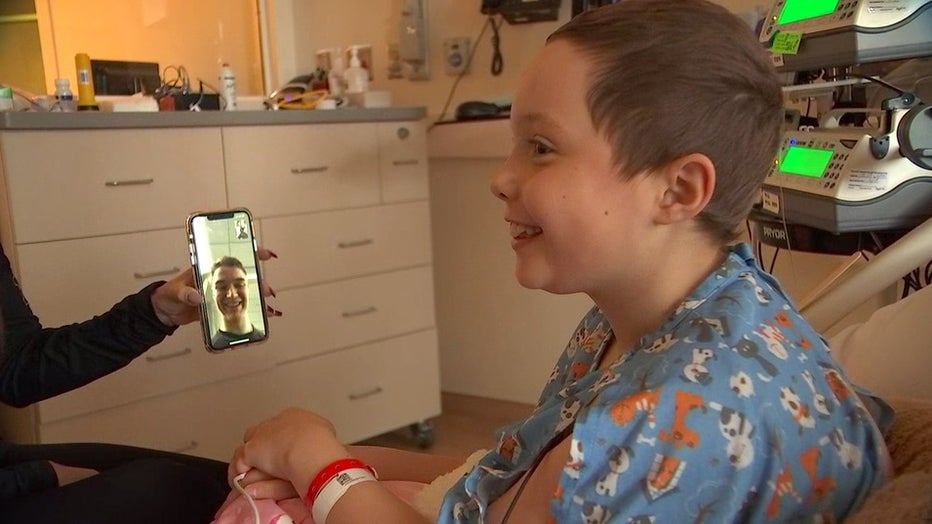 Later that afternoon, O’Brien FaceTime called Megan in her hospital room. He told her he was wearing a bracelet with her name on it during the game on Saturday.

“Well I was very, very glad to have Megan out there with me when I played and that bracelet isn’t going anywhere,” O’Brien said.

O’Brien was named the Big Ten Special Teams Player of the Week after his performance on Saturday.

Megan is scheduled to have surgery to address some of her heart problems next week.