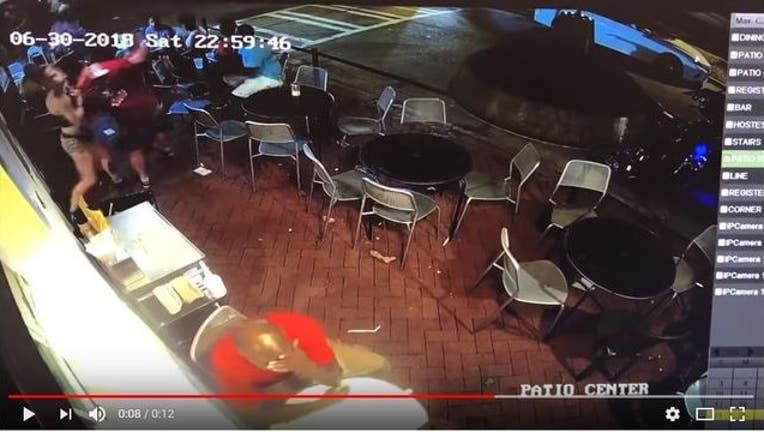 A Georgia waitress was applauded for her actions after security footage from her restaurant captured her immediately taking down a male customer who groped her from behind.

Emelia Holden, 21, a server at Vinnie Van Go-Go’s in Savannah, was putting menus away on June 30 after taking a customer's order. In the security footage, a male customer, walking behind her, reaches out and gropes her as he passes by.

Holden immediately turns around and grabs him by his t-shirt collar before wrapping her arm around his neck and slamming him against the wall. Holden then appeared to point her finger at him and reprimand him.