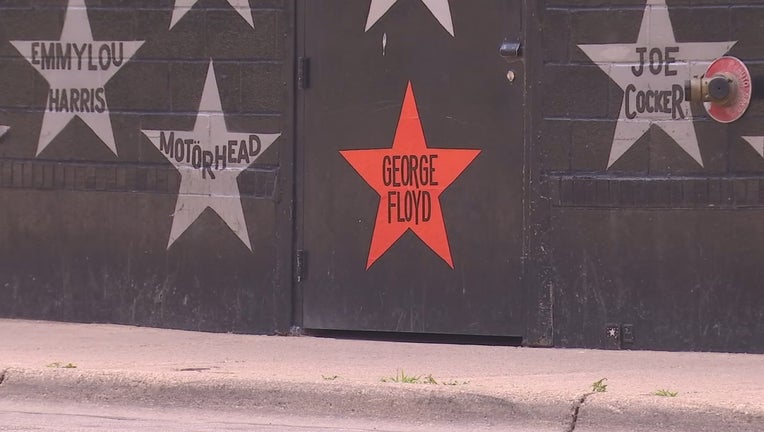 MINNEAPOLIS (FOX 9) - George Floyd's name has been added to the wall of artists and bands recognized among music club First Avenue's famous wall of stars.

The star, which is red - compared to the silver on the other stars and Prince's gold star - sits on what appears to be a previously empty space on a venue door.

Aside from the color, the star appears to conform with others on the building. However, it's not clear if the star was added by the club or someone else.

Other impromptu and unofficial tributes to Floyd have been found around the Twin Cities, including a street sign that changes Chicago Avenue to George Floyd Avenue and a sticker that turned George Todd Park into George Floyd Park.