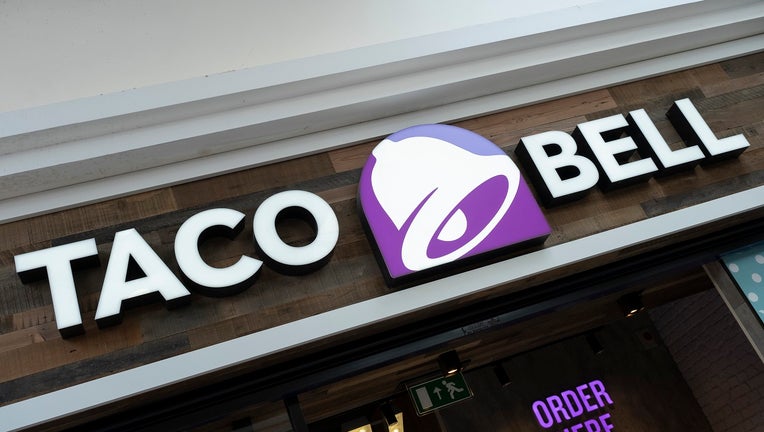 Sign for the fast food brand Taco Bell on 18th May 2022 in London, United Kingdom. Taco Bell is an American-based chain of fast food restaurants founded in 1962 by Glen Bell. (photo by Mike Kemp/In Pictures via Getty Images) (Getty Images)

(FOX 9) - A woman who appeared frustrated in a Taco Bell drive-thru on Wednesday sped off, hitting and seriously injuring a pedestrian in Brooklyn Center, according to charges.

Tammy Renae Olson, 59, of Brooklyn Center, is charged with criminal vehicular operation in connection to the June 1 incident.

According to the criminal complaint, multiple people saw the driver of a black Audi hit a pedestrian walking across Xerxes Avenue near Bass Lake Road in Brooklyn Center at about 3:08 p.m. on Wednesday.

One witness called 911 and police responded, finding a woman, unconscious and injured. She was taken to the hospital, with hospital records indicating she suffered life-threatening injuries, including numerous broken bones from her legs to her neck, and serious internal bleeding, charges said.

A witness told police she watched as the driver of the Audi struck the woman while she walked across the street, adding the motorist immediately drove away.

A second witness told police he was at the Taco Bell drive-thru nearby when a woman, later identified as Olson, in a black Audi was behind him, yelling at him for not moving through the drive-thru lane fast enough, the complaint alleges. He took pictures of the car's license plate and Olson before Olson drove off, and then he watched her hit the woman in the crosswalk before driving away.

Olson is one of the registered owners of the black Audi, charges said. At about 8 p.m. Wednesday, police arrested Olson at her home in Brooklyn Center. She smelled of alcohol and was wearing the same clothing as in the photos the second witness took.

In a post-Miranda statement, Olson told police she exited the restaurant parking lot and a woman ran out in front of her car, the complaint said. She said she knew she had been involved in a crash but didn't stop and drove straight to her house. She admitted to drinking a few alcoholic beverages before driving.

The Audi sustained front-end damage consistent with hitting a pedestrian.

Olson's driver's license was canceled as inimical to public safety. She also has multiple convictions for driving while impaired, court documents note.

Olson made her first court appearance on Friday, during which her bail was set at $75,000.