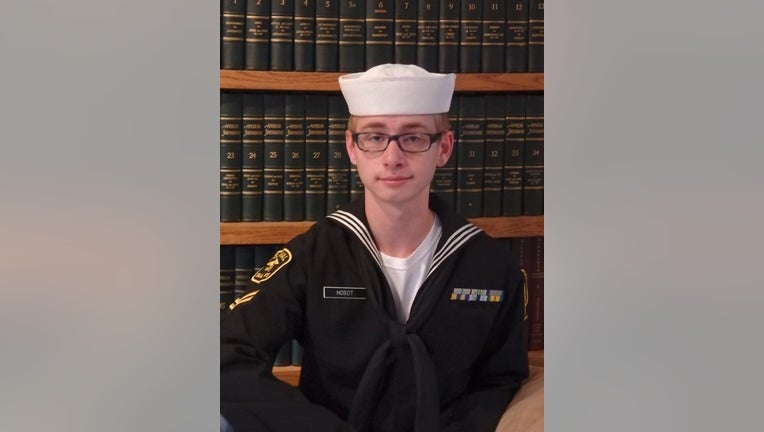 Ryan Hobot was the man who was found dead Thursday afternoon in a median along Highway 169. ( Hobot family )

SHAKOPEE, Minn. (FOX 9) - As officials continue to investigate how a young man ended up dead along Highway 169 in Shakopee, Minnesota, friends remember him as a kind and optimistic person.

On Jan. 16, authorities discovered a body in the median of Highway 169 at Canterbury Road. The body was later identified as 22-year-old Ryan Hobot of Eagan. Now, investigators are closely examining MnDOT traffic camera video of the crash Hobot was involved in on Jan. 15. In the footage, Hobot’s Hyundai Elantra goes careening into the center median before coming to rest in the left lane farther up the highway.

Friends mourn the loss of a young man found dead along Highway 169 in Shakopee, Minnesota, as officials continue to investigate how he ended up along the road following a crash.

The vehicle is then struck by a motorist in a second sedan, sending the Elantra onto the right shoulder and the Saturn Ion into the median.

Law enforcement is now considering the possibility that Hobot was initially ejected in the median. In that scenario, his body would land a good distance behind the final resting spot of the cars – perhaps explaining why it was not discovered for half a day.

Responding law enforcement at the scene pursued witness accounts that motorists had fled on foot, leading officers to search for him at nearby businesses.

The Hennepin County Medical Examiner reports Hobot died of multiple blunt force injuries from a crash; the report did not list exposure as a contributing cause of death, despite extremely cold conditions.

“There’s a lot of missing pieces that need to be answered, so it has been bothering me quite a bit,” his friend Natasha Grad said.

Grad said Ryan, a close friend from their Eagan High School days, didn’t judge people and will be missed for his positivity and ambition.

“He always had these million dollar ideas, and every time we’d talk and I’d see him, he always had a positive attitude about everything in life. He wanted not only to better himself, but to better all of his friends as well.”

Ryan hobot's immediate family said they are not ready for an interview, but said they will be funding a scholarship in Ryan's name for the U.S. Navy Sea Cadets - Twin Cities Squadron, the youth military training program Ryan graduated from.