Friends and family gathered to hold a vigil for Marquisha Wiley, the woman killed in the downtown St. Paul shooting over the weekend.

ST. PAUL, Minn. (FOX 9) - Friends and family gathered Monday to mourn the loss of 27-year-old Marquisha Wiley who was killed in the shooting Sunday in St. Paul. Wiley was shot in the back as two gunmen exchanged fire inside the Truck Park bar on West 7th Street, injuring more than a dozen other people.

Friends say "Kiki" was a vet tech who loved animals, and her family says she was the glue that held them together. Those who grew up with Wiley on the west side of St. Paul say she was a talented basketball player who played for Henry Sibley. They say she was also known for her love of music and ability to lift others up.

"You could have the worst day ever and all of a sudden she just walks in the room and you’re like, ‘ah it’s Kiki.’ She just makes you happy. She’s the girl that everybody wanted to be friends with just because she liked everybody and was nice," said friend Marissa Ruiz.

"There’s no bad thought I could think of her…every time she walked into the room she was a bright light, and she got that out of everybody - just a smile and everything felt alright," added friend Thomas Alvarado.

Marquisha’s sister released a statement, writing, "My sissy was one in a million. She did not deserve for someone to so carelessly take her life away. She was a dedicated vet tech with goals as bright as the sun. She was a good person, she didn’t deserve this. My beautiful little sister. You were so important in so many people's lives. You lit up a room as soon as you walked in and you always made sure everyone was good. You were the glue to our family, sissy, you held us together, making sure we came together for everything no matter what. Family was so important to you. You are the most gorgeous, kindest, funniest, smartest, realest person I know. You never judged. You were always there for me, you were my light, sissy, and I don’t know what I’m going to do without you." 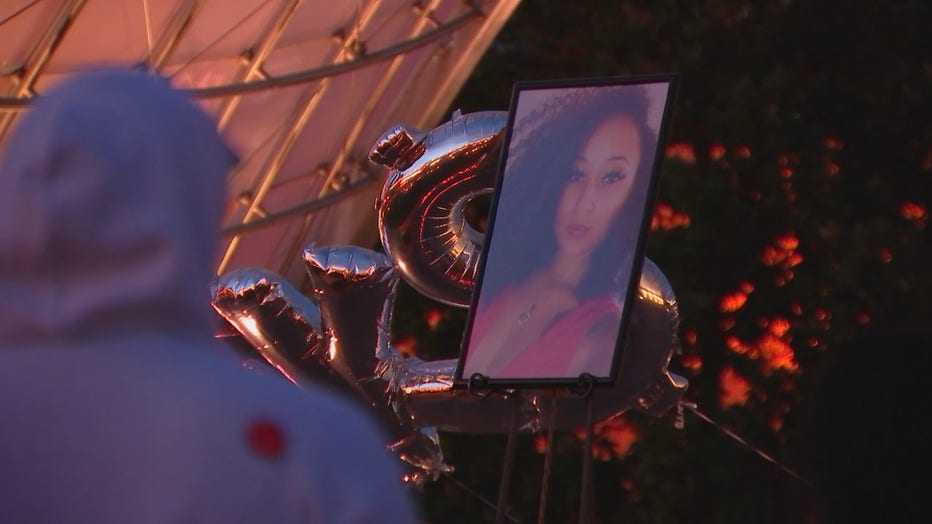 Friends and family gather for a vigil to remember Marquisha Wiley, who was killed in the downtown St. Paul shooting.

Family members at the vigil are clearly heartbroken, joining calls from community leaders to put an end to gun violence.

Her sister also wrote, "this is a senseless act of gun violence that took my little sister away from me. She was a young successful woman. There shouldn’t have to be fear for your life in doing everyday life events. There needs to be change in security at all public gathering places. This should have never been able to happen."

Meanwhile, the two gunmen have been charged in connection to the shooting and are in custody at the hospital.