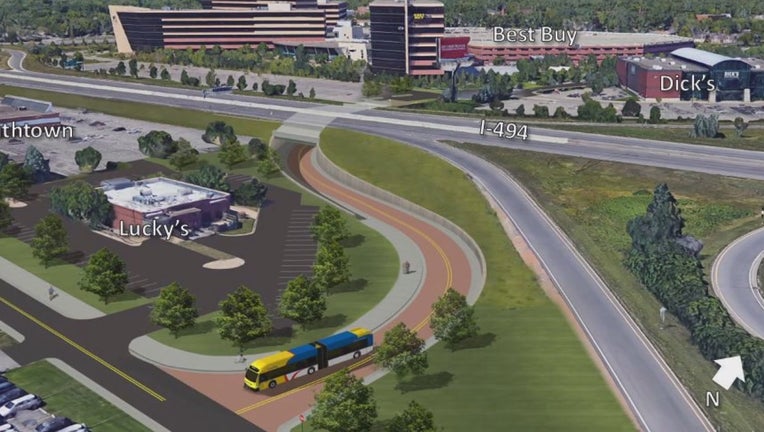 The construction project will add a transit-only tunnel under I-494. (Metro Transit)

BLOOMINGTON, Minn. (FOX 9) - Two major construction projects will be taking over the south Twin Cities metro this autumn and they're not wrapping up any time soon. For commuters and local businesses, it will be a four-year-long headache.

Between I-494 and I-35W, construction crews will be expanding lanes and even building an underground tunnel for buses. The work along both sides of I-494 just west of the I-35W interchange began in August pretty quietly and quickly.

4 years of construction are coming to Minnesota's I-35/I-494 interchange, delaying many drivers.

“And it was just like bing, one afternoon everything was gone,” said Jeff Lillemoe, the general manager of Lucky's 13 Pub in Bloomington, Minnesota.

Lillemoe says he hopes people realize they can still get to the restaurant and that there will be even more business when the construction is all done.

“Well it’s going to make the bus route a lot easier for people that take the buses,” said Lillemoe. 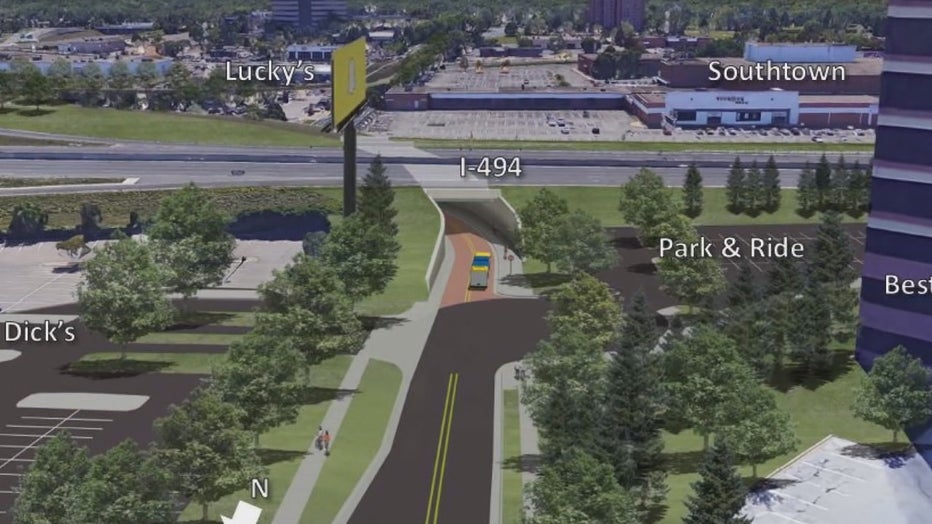 Metro Transit is beginning to build a bus and pedestrian tunnel under 494, which will be part of the 17-mile rapid transit Orange Line from downtown to Burnsville. It will connect to bus stops on Knox and American boulevards, but it will intentionally bypass one of the worst interchanges in the nation.

“So what we’re allowing our buses to do is to hop off of 35W and utilize this transit-only underpass to avoid the interchange itself,” said Derek Berube, an engineer with Metro Transit.

The work now is relocating giant water mains for Richfield and Bloomington that happen to be in the way, then building temporary lanes, so 494 can be moved a couple times in the next two years as crews build the tunnel, which will add to the slow downs.

“So what that will do is allow us to build the north half of our underpass in 2020, then follow it up by switching it back in 2021,” said Berube.

As soon as the Metro Transit project is done in December 2021, MnDOT starts work on fixing the congestion. There will be two more years of construction to add an additional lane each way on 494 and build a flyover to replace one of the clover leafs.