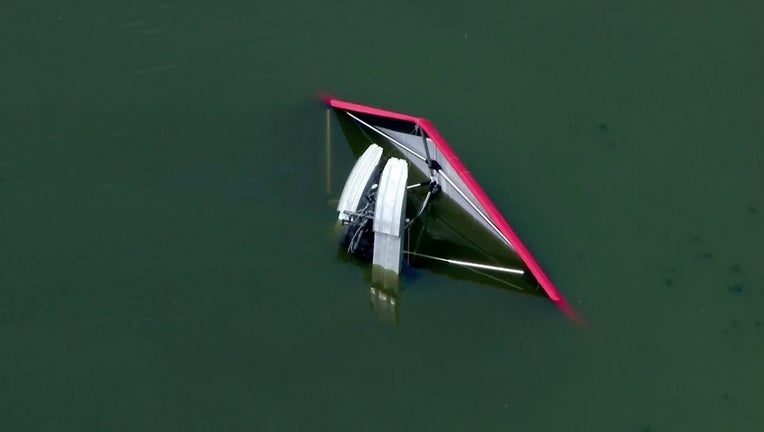 Photos from our chopper show the aircraft half submerged in Clear Lake. (FOX 9)

LEXINGTON TOWNSHIP, Minn. (FOX 9) - Fishermen came to the rescue of a pilot after his powered hang glider aircraft crashed into a lake in Le Sueur County on Wednesday.

Deputies were called to Clear Lake in Lexington Township for the crash just before 2 p.m.

At the lake, police say they found the only person on the aircraft, the 60-year-old pilot, was out of the aircraft with some help from nearby fishermen. The pilot was airlifted to a hospital for treatment for his injuries but was expected to survive, deputies said.

Investigators say the man was flying a powered hang glider with pontoon floats on the bottom that allowed him to take off and land in the lake.

The cause of the crash is not yet known.