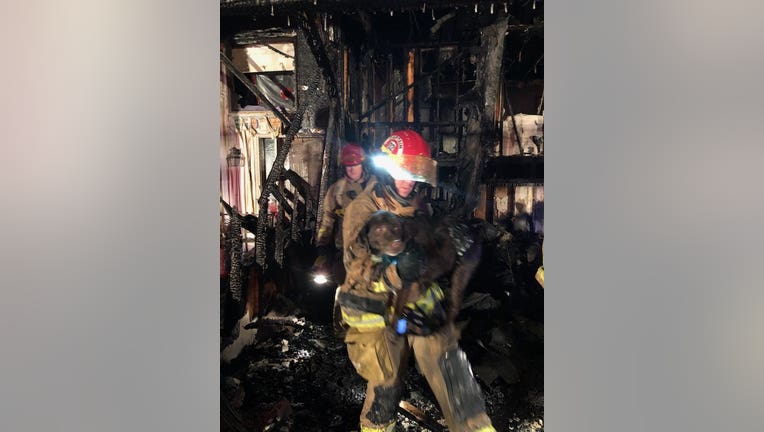 Firefighters responded to a fire in Forest Lake Saturday night and rescued 2 dogs.

According to officials, firefighters responded to a structure fire at about 7 p.m. Saturday. No one was inside, but there were three dogs inside at the time. The house and garage suffered extensive fire, smoke, and water damage.

Authorities said the dogs were in fair condition and transported to a veterinarian for further examination and care.

One of the dogs left the home on its own, but firefighters had to wait hours to try and save the other two. 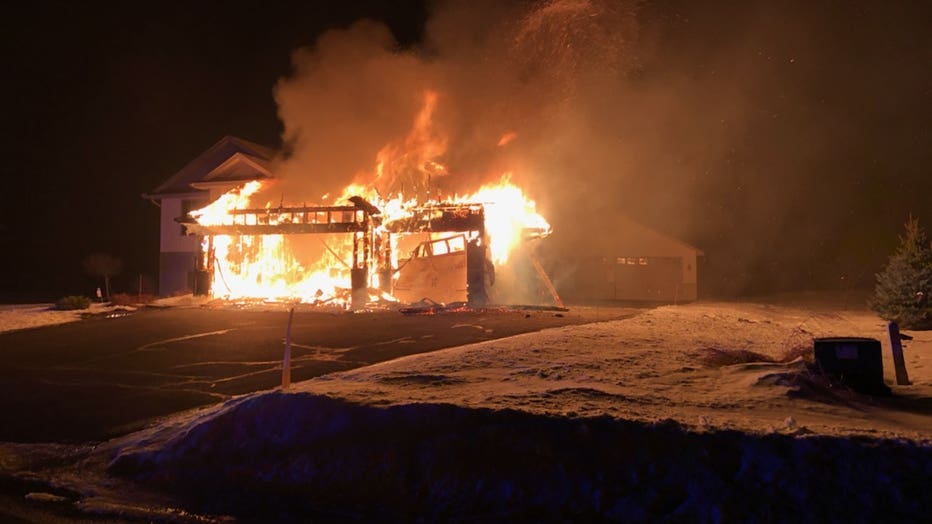 "It's been very devastating," said Deb Manderud, the homeowner. "I guess just one day at a time."

Sunday, she mourned the loss of her puggle Bella.

Manderud and her husband were at their son's home having dinner when they got the call that their home was engulfed in flames, but they quickly returned home to try and save their dogs.

"It was very heartbreaking. I was very passionate about my animals. When I showed up, I never really thought about the house. I just wanted my dogs," she said.

The cause of the fire is still under investigation, but firefighters said blaze likely started in the garage and spread to the rest of the house. The deputy fire chief said it took a while to put the majority of the fire out and then allow his men and women to safely go inside nad rescue Bella and Brandy.

"We treat it as it is part of their family and when we make decisions on the scene, whether it's rescue or human or animal, we know it's part of the family," said Deputy Chief Troy Blanchard, of the Forest Lake Fire Department.

Blanchard admitted he became emotional when he learned one of the dogs died.

Manderud says her surviving dogs are at the animal hospial and she hopes they will make a full recvoery soon.

The Red Cross is assisting the Manderuds during this time.