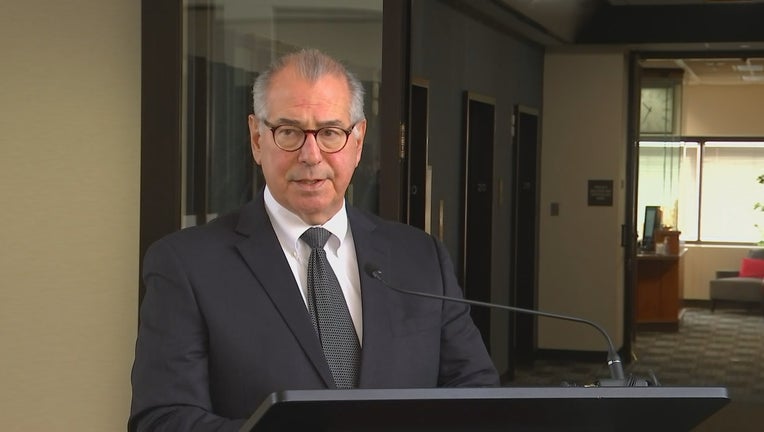 MINNEAPOLIS (FOX 9) - An attorney for one of the four fired Minneapolis Police officers charged with killing George Floyd is asking the judge to remove Hennepin County Attorney Mike Freeman from the case.

"Mr. Freeman has fomented public anger and now seeks to taint that anger with hatred through the prosecution of Mr. Kueng," read the motion. "He has abdicated his duties as a prosecutor and must be removed from the case."

Plunkett argues in the motion that Freeman has conducted himself in an unethical manner by failing to be fair and impartial, making prejudicial comments about the case, and leaking information about a potential plea deal.

"The HCAO leaked information about inadmissible evidence," read the motion. "The HCAO knew the leaked plea negotiations would be widely reported and have a significant impact on the local community, potential jurors, and the nation. This leak alone is enough to undermine the public’s confidence in the HCAO and their role in the prosecution team going forward."

Freeman initially filed charges in the case, but later turned its prosecution over to Minnesota Attorney General, Keith Ellison, although the Hennepin County Attorney’s Office is assisting in the case.
Kueng, along with fellow officers Thomas Lane and Tou Thao are charged with aiding and abetting murder and manslaughter.

Kueng held on to Floyd’s back, while Lane held on to his legs. Thao was standing watch with his eyes on bystanders.

Officer Derek Chauvin was holding Floyd down, with his knee on Floyd’s neck for more than eight minutes, as Floyd repeatedly said he couldn’t breathe.