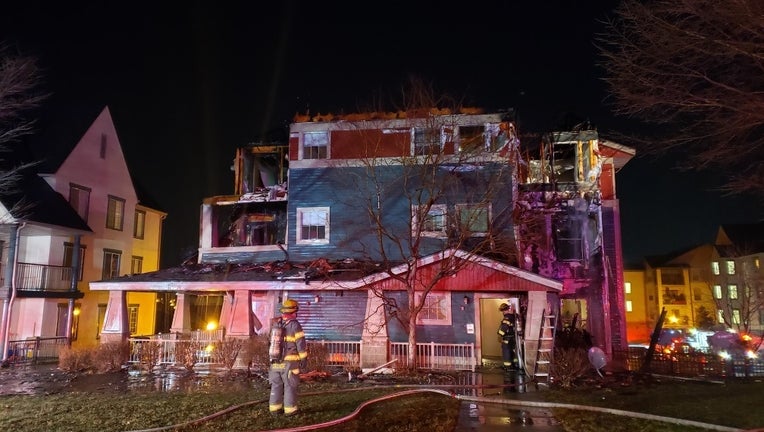 MINNEAPOLIS (FOX 9) - Authorities are investigating a fire that damaged an apartment building in Minneapolis overnight.

According to the fire department, at about 3 a.m., crews responded to a fire in a 3 story, 6-plex residential apartment building located at 712 Olson Memorial Highway.

When they arrived, crews found a fire on the second and third floors and the roof. A second alarm was called for more personnel and equipment, and crews were able to contain the fire.

Residents reported that everyone was out of the building. There were no reports of injuries.