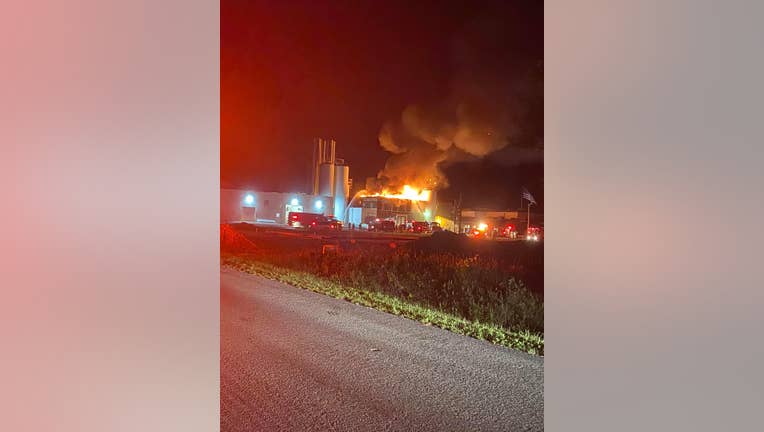 A mechanical malfunction is believed to have started a fire at the Burnett Dairy Cooperative in Grantsburg, Wisconsin Monday night. (Inter-County Leader/Becky Strabel)

Eight fire departments responded to a fire at the Burnett Dairy Cooperative in Grantsburg around 10:30 p.m., according to the Burnett County Sheriff’s Office. All employees made it out of the building safely.

Fire breaks out at dairy co-op in western Wisconsin

Officials responded to a fire at a dairy co-op in western Wisconsin.

The sheriff’s office said a mechanical malfunction appears to have sparked the fire.

The Wisconsin Department of Transportation closed WI-70 in both directions from Williams Road to County Road M due to the fire.