ST. PAUL, Minn. (KMSP) - The makeshift memorial for Paul Falling at the 34th Avenue and Fremont Avenue bus stop has weathered in the snow, and the balloons from the Dec. 8 shooting have long since deflated. But the young man who died here won't soon be forgotten.

Sandra Weise owns the Finnish Bistro in St. Paul. She opened up her heart and her business to Paul, giving the homeless 19-year-old his first job as a dishwasher in the small Como Avenue café. At the time, Paul was staying at a youth shelter less than a mile away.

"He was a really innocent kid,” Weise said. “He followed a parent to the city. His father was incarcerated. He was not a street kid, he had no resources to take care of himself."

Weise, with years of experience working with troubled youth prior to her restaurant business, showed Paul the ropes. She was his mentor and his bank, encouraging him to set aside a percentage of his tips for housing. An envelope at the restaurant still contains $40 that was Paul's life savings when he was gunned down at 5:30 a.m.

Weise is now hoping to combine that cash with donations that have come pouring into the Finnish Bistro to potentially help another youngster struggling on the streets. She's eyeing a scholarship that might help the next Paul Falling, who needs a little something extra to make it.

"There's no words,” Weise said. “I’ve worked with kids forever. I have gone through a lot of losses, but this one is personal. I hadn't had one in a long time."

Donations are being accepted at the restaurant. A GoFundMe page has also been set up that will go towards burial costs for Falling and a scholarship to help the homeless and at-risk youth in need. Police continue to investigate Paul Falling’s murder, but have not made any arrests. 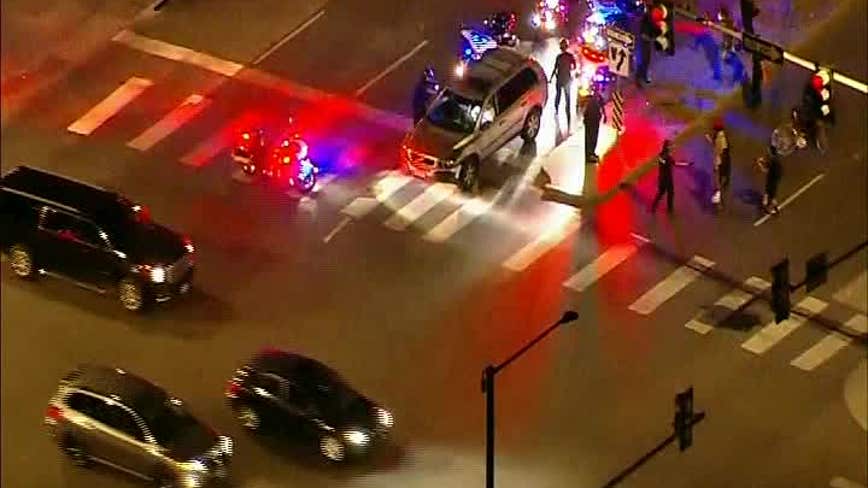