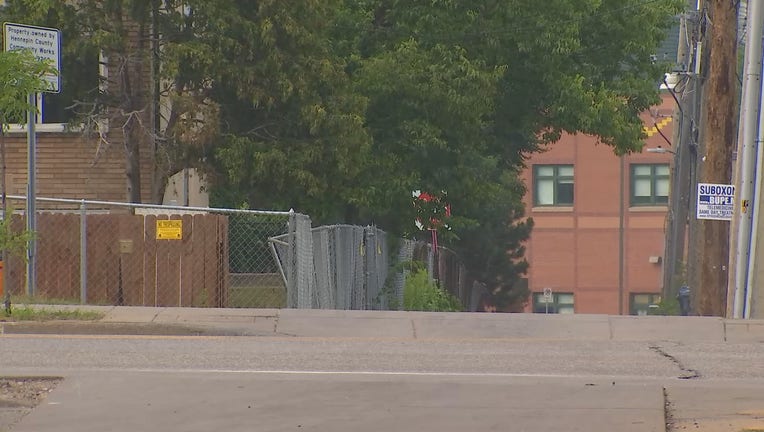 A man was hit and killed by a car Tuesday as he was riding a motorcycle in Minneapolis.

MINNEAPOLIS (FOX 9) - A Minneapolis family is searching for answers after a young father was senselessly murdered in a bizarre situation as described by witnesses.

The family says the victim, 26-year-old Caleb Hutchins, was test-driving a motorcycle someone was selling when the driver of the car approached claiming the bike was stolen. Witnesses told family that Hutchins tried to explain that he was just borrowing the bike, but the suspect proceeded to run him over.

Loved ones are grieving the loss of a young man killed in crash that Minneapolis police are investigating as a homicide.

"This is the worst thing I could experience as a mother. I shouldn’t have to go through this," said the victim's mother Nikki Martin.

Police say the driver chased Hutchins aggressively before hitting him with his car in an alley near the corner of Penn Avenue North and Lowry Avenue North around 2:30 p.m. Tuesday.

"I know my son," said Martin. "And if my son knew that motorcycle was stolen—as this person claims it to be—he would have not engaged in any activity with that motorcycle."

According to a police spokesperson, surveillance video and witness testimony makes it clear that this was an intentional act.

In 2014, Martin lost her husband Steven Martin when police say he was killed tried to break up a fight near this same intersection. Seven years later the case remains unsolved. She is hoping her son’s case doesn’t have a similar fate.

"People are so quick to do evil things," she said. "I really don’t understand it. And I never thought I would be lying my child to rest."

Hutchins’ uncle Eddie Hutchins, who works alongside prominent peace activists on the north side, says it's beyond time families and community start taking notice of people’s behavior and intervene early.

"Most these things are a misunderstanding or an argument or maybe the way someone felt about the way something was said and these are preventative," said Eddie Hutchins.

Now, Nikki Martin is just hoping that unlike her husband's murder her son’s will not be left unsolved.

"And people are so quick to do evil things," she said. "I really don’t understand it. And I never thought I would be lying my child to rest."

Police say they have recovered what they believed to be the suspect’s vehicle. A spokesperson with the Minneapolis Police Department saying they were making good progress on the case.